One of my blogger and message-board buddies, a fellow who has a particular liking for Oliver tractors, left a comment to notify me he'd like to see an Oliver update. Here it is, hopefully with no misinformation; Cliff is holed up in the shop, so I can't run it past him. But if he sees something that needs correction later, I'll come back and fix it. 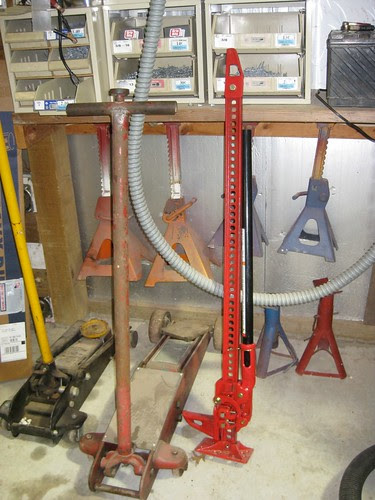 Cliff had to buy a new Handyman Jack; the old one wasn't up to the task all by itself. 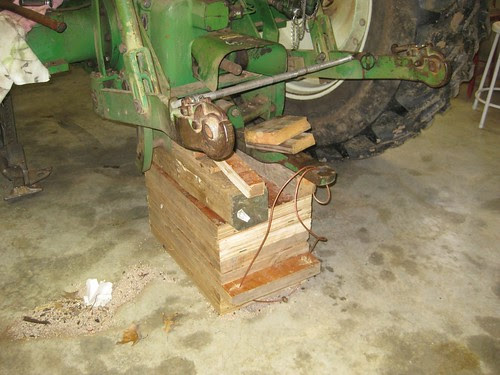 He built a solid block of wood to hold Ollie up safely. 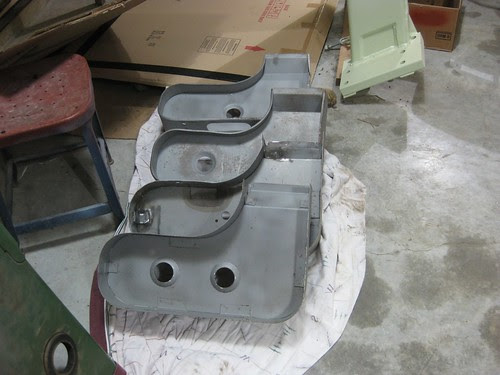 I think these are some part of the fuel tank fenders. 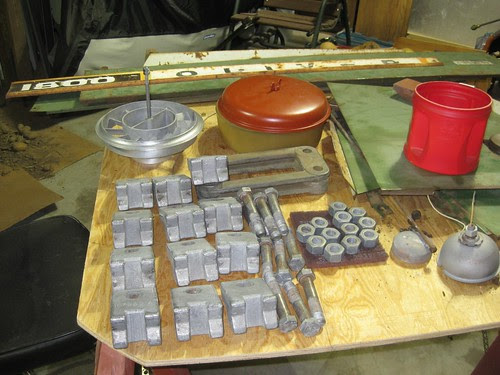 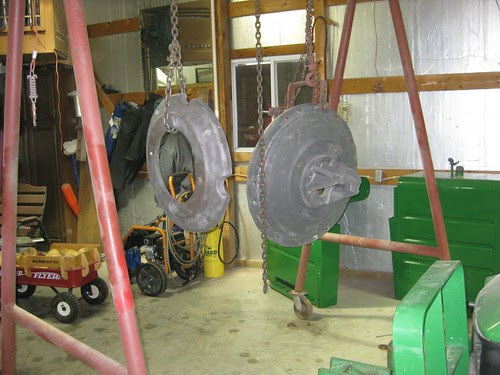 Wheel and weight that have been sandblasted. 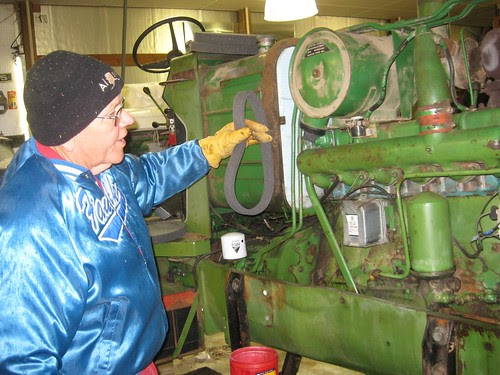 Cliff is going to try and make a new tank insulator out of that gray thing (and others like it). 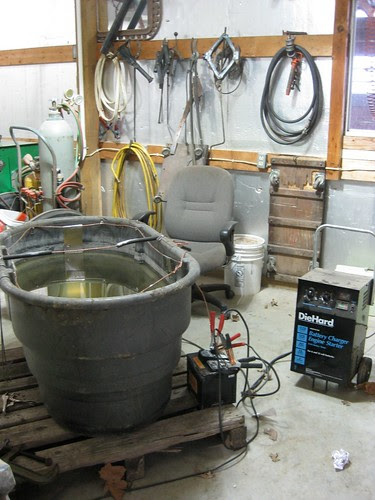 This is the Electrolysis vat Cliff made to clean parts. 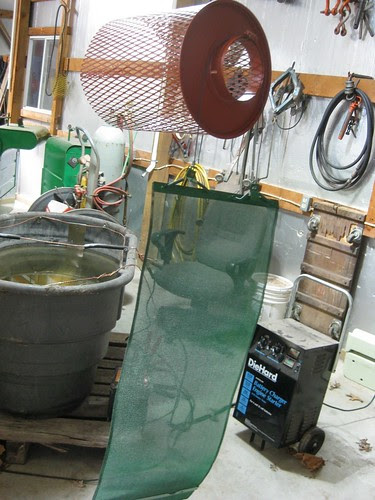 Here are some parts that were cleaned in said vat. 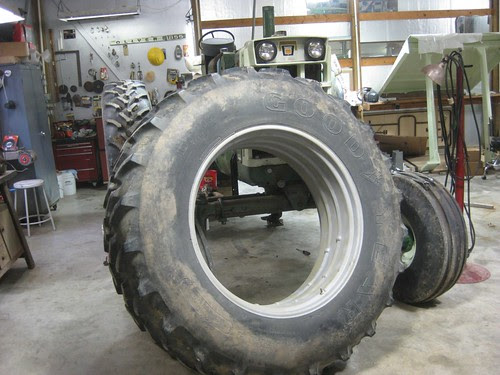 Wheels have been sandblasted. 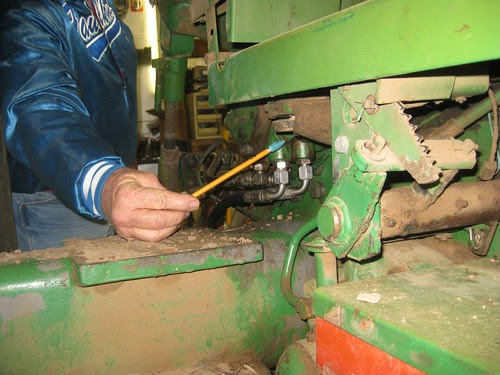 Right there was a hydraulic leak that almost drove Cliff crazy; his brother Phil helped him find the source and fix it. 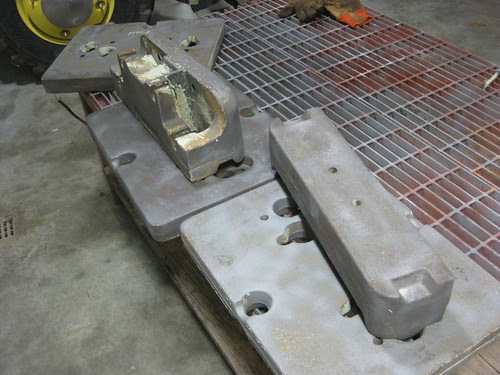 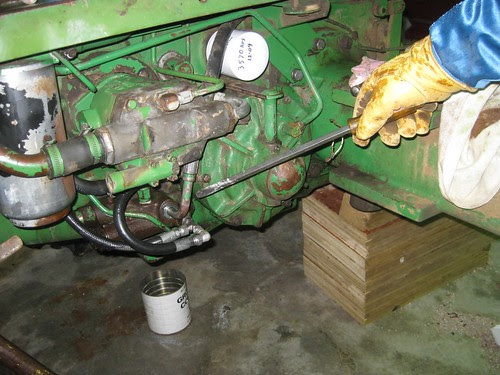 It required a $23 rubber to fix this leak. 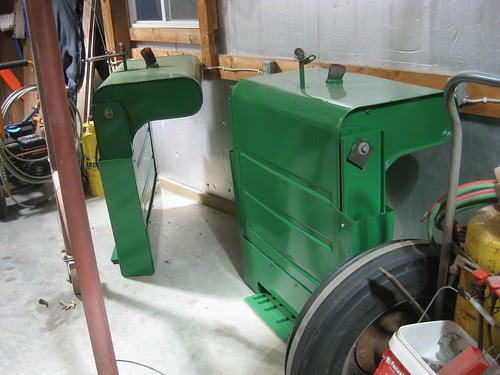 Here are the fuel-tank fenders Cliff picked up at a junk yard, painted and ready.
And there you have it, a tour of Cliff's shop while he's fixing up the Oliver.
If anyone would like to go look at the pictures on Flickr where you can enlarge them or watch as a slideshow, click HERE.
Posted by Donna. W at 12:02 PM

Email ThisBlogThis!Share to TwitterShare to FacebookShare to Pinterest
Labels: 1855 Oliver

Other then my brother Cliff has the neatest work shop of any man I've known. Well I don't really know him. lol

LOOKS LIKE OLLIE IS MOVING RIGHT ALONG! I KNOW CLIFF WILL BE SO HAPPY WHEN IT'S DONE. BY THE WAY DID YOU & RACHEL GET THOSE PARTS THAT HE WOULDN'T PAY FOR BECAUSE THEY WERE TOO HIGH?

Hollie, he found an assortment of all sizes of star washers on Ebay for a price he liked, and they've been shipped. At Scott's Bargain Barn where he saw those he refused to buy, they had only one size.