Zoom in on Gratitude: 30 day challenge 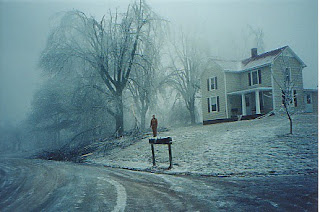 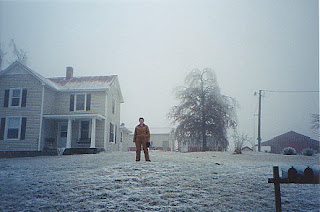 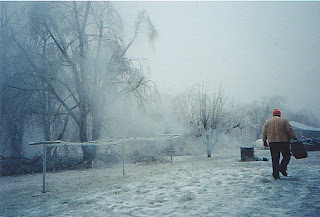 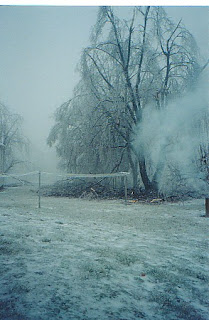 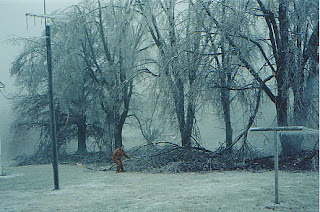 Exactly ten years ago today.
This series is supposed to help us zoom in on gratitude.  Well, I can say with extreme gratitude that I'm glad this mess is ten years behind us.  I think our power was off for three days; my sister was without electricity for at least a week.
Posted by Donna. W at 5:36 AM 7 comments:

Trying to figure this out

Most of my blog entries show me that nobody Facebooked or tweeted them.  I've gone for days with nary a tweet on anything.  Not that I am surprised by that, since honestly there isn't much on this blog that is tweet-worthy.
But my goodness, let me do what I consider a pretty boring entry about church attendance and I am FAMOUS.
OK, maybe not famous, but the entry I did yesterday already has had one tweet and six Facebook shares.  It was pretty much the same with all the entries I did on the subject of attending church.
Just something to add to the list of things that make me go "Hmmmm".
Posted by Donna. W at 8:59 AM 11 comments:

Zoom in on Gratitude: 30 day challenge 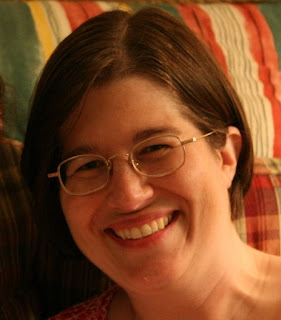 Meet Susan Niebur.  Her blog is called Toddler Planet.
Since discovering the Internet in 1998, and the wonderful blogosphere a few years later, I have rubbed shoulders with some admirable people.  I've watched several bloggers tell about their struggles with cancer and I've watched some of them finally lose the battle.  I sometimes wonder if people in such a circumstance get tired of being called brave, since they really have no choice but to face the demon and trudge forward.
But I'm telling you, Susan is brave.  She's been fighting the beast for several years, using every trick she knows to see that others don't have to travel that same road.  She has stressed the positive with each word she enters into her blog.  Whenever I visit her little home on cyberspace, I come away a better person.  This woman gives me reason to be thankful... not because she has cancer and I don't, but because she has found some way to count her blessings throughout this whole terrible ordeal.
Hospice has been called in.  We all know what that means.  I don't know if Susan will be able to do any more entries in her blog.
I just want you to know that she is a hero.  She fights the good fight with grace and courage.  I'm pretty sure she won't mind my passing along a snippet of her wisdom:
"All that survives after our death are publications and people.
So look carefully after the words you write, the thoughts and publications you create, and how you love others.  For these are the only things that will remain."
That's it for my daily entry as I participate in the Thirty day challenge.
My daughter is doing this little exercise too; my readers will be very familiar with her inspiring person.
Posted by Donna. W at 5:30 AM 7 comments:

More fun from Photoshop (David is at it again) 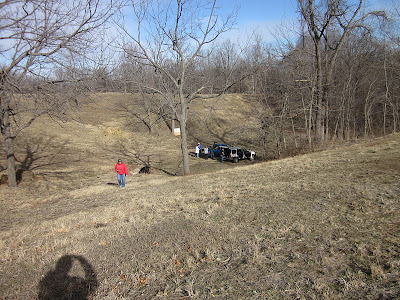 Yesterday several friends and relatives showed up for a little target practice in the pasture.  My daughter and I took several pictures of the action.
And then David, the Kansas City photographer with too much time on his hands, got hold of a picture on Facebook and worked his usual magic. 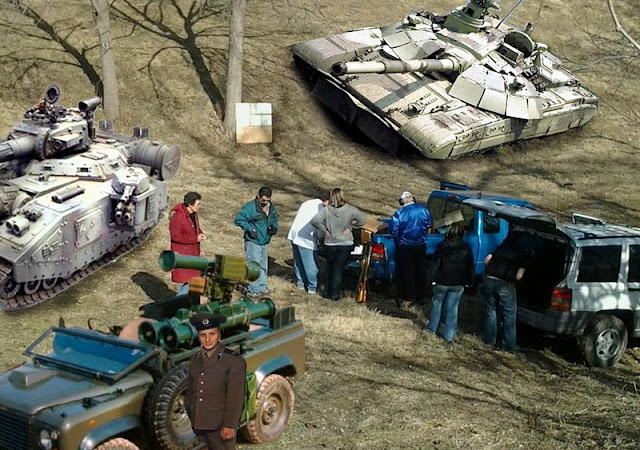 Yes, this is laughable, but the best part was all the comments on the picture.  I don't know when I've laughed so long and hard.  By the way, that guy in the foreground is my Russian friend Meesha.  David decided to add him to the event while he was Photoshopping.
Below is the comment thread that goes with the picture.