The last of the garden 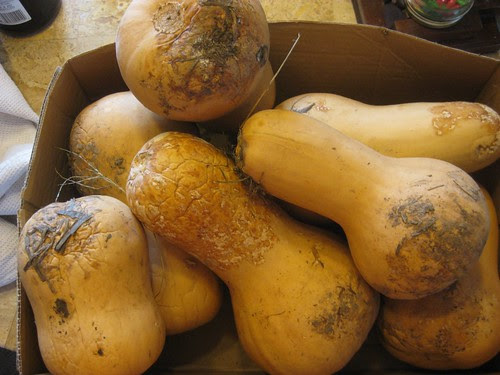 Some of the butternut squashes are starting to spoil; others are wrinkling up, although so far this hasn't seemed to hurt them. I brought the worst-looking ones in from Cliff's shop; little by little I'm microwave-cooking them (after cutting off any spoiled portions) and saving the cooked insides for pies, cakes and muffins. 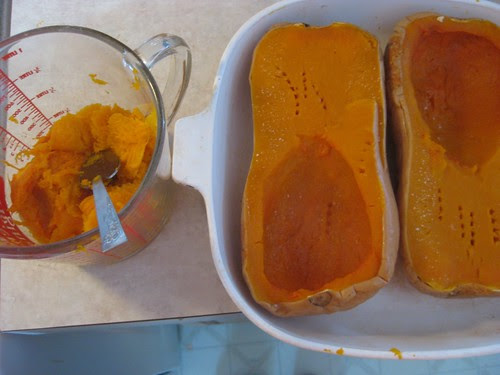 It takes about twelve minutes in the microwave to cook one squash. 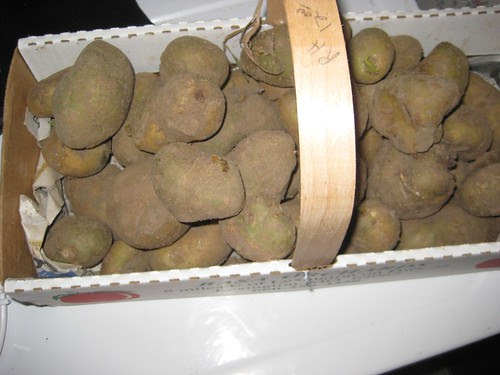 This is the end of the potatoes from last summer's garden. 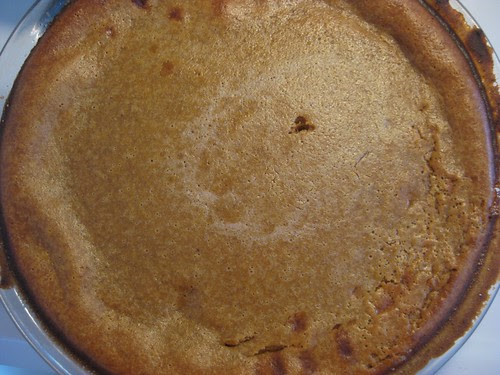 I made this crustless squash pie using the pumpkin pie recipe that's on the can of Libby's pumpkin. When making a pumpkin or squash pie without a crust, I add about a half-cup of flour to the ingredients to give it some body.
Of course, the potatoes and squash aren't really the end of my summer garden, since I still have lots of canned tomatoes, relish, and pickles.
Posted by Donna. W at 12:26 PM

That pie looks wonderful and I bet it tastes good too! Enjoying all the fruits of your labor is half the fun of gardening for sure. When it's cold and snow is blowing you'll have a bit of bottled sunshine right there in your kitchen.

Happy Being Me said...

I'll take a little bit of each "Thank You". Both look delicious and thank you for sharing! Take care of you and may your days continue to be blessed,
Katie

I have that exact 'My house was clean last week' sign hanging in my foyer! My best friend gave it to me....

your garden stuff lasted a while!

Hope you had happy holidays...thanks for all your visits and comments.

I've never made a crustless pie before. Looks good, so the only thing different that you do is add the flour? Does it make some kind of crust or is it just the filling only thicker?

I love my muck boots! Around here you just can't be without them especially during mud season. They are the only boots I've ever had that didn't get sucked off in the mud.

It's below zero this morning so I am bundling up to go to the stable!!!! Brrrrrrrr!

MM, it does not make a crust, it just makes the pie "slice-able". If you use your usual pumpkin pie recipe, it's harder to handle, and sort of runs all over the place. I make crustless pies for me and Cliff because we don't need all that shortening.

I have never heard of crustless pie before. I'll have to mention it to my Mom. Would cut down on carbs also :)

I'm always amazed at how you can make something out of almost nothing (spoiling squashes). That pie looks yummo. Vicki

Yummy, That pie looks great. I preserved Pumpkin this year for the first time. I put mine in the freezer after baking 15 pie pumpkins. See my blog for more details. I just learned recently that the ingredients in Libbys Pie filling is Butternut Squash. They can produce more of the Butternut than Pumpkins.