Everybody talks about the weather

Mother Nature wants attention, apparently, so she's decided to try and freeze everyone in the midwest to death.  All told, I probably spent a miserable hour outside yesterday, bundled up like a mummy tending to animals.  We've had highs around fifteen degrees up to now, but guess what?  Sunday the high for the day will be one degree, with a low of minus seven.  I'm staying home!

The thought of one more week of weather this cold is depressing, but when I feel like having a pity party, I remind myself that for the first 12 years of my life, I had to use an outside toilet, privy, outhouse... in Iowa and north Missouri, we called them toilets.  If you've never sat down on the cold wood of a privy seat and felt the north wind blowing against your bare butt about 40 miles an hour as you relieve yourself, you've never lived.  Those toilets were drafty!

At least my mother put a chamber pot under my bed on the coldest days of winter, so I didn't have to go outside first thing after waking up.  She even emptied the pot, later on in the day.  No wonder I'm spoiled.  On cold nights she would also put a hot water bottle by my feet to help warm me up when I first hit those cold flannel sheets.  No wonder I once asked Mother, "Are we rich?"  She laughed at that, but I was serious!  With a pot under the bed and warm feet IN my bed, I felt like I was in the lap of luxury.

The first inside bathroom we had was in Harlem, an unincorporated area of Kansas City.  No more going outside to the toilet!  For a few months we lived in a tiny three-room apartment with RUNNING WATER (didn't have to carry water into the house a bucket-full at a time).  There wasn't any hot water, but we were moving up in life.  Oh yes, and we shared the bathroom with two, and sometimes three other families, but we were all related, and that didn't seem like a problem to me at the time.

We only lived in the apartment until my parents found jobs and got back on their feet financially, after losing their job at the switchboard in Eagleville.  They weren't fired, but times were changing and those switchboards were no longer needed.  Gone were the wooden telephones with a crank on the right-hand side that hung on a wall in most homes.  It was 1956.

When I got home from school, both my parents would still be at work.  An aunt and uncle lived in the apartment directly below us, so I'd go down there and watch TV with my cousin, Alice.  It wasn't long before my parents bought a television; Mother said otherwise, they'd never get to see me, because I'd be down there with Alice, watching TV.

When we first got the television, and before my mom found a job, I came home from school to see her crying in front of the TV more than once.  Why?  Because she was watching "Queen for a Day".  Sometimes she was crying sad tears because some ladies told such unhappy stories; other times, she shed happy tears when the woman with the most pitiful story won the prizes.

Memories.  That's what keeps me going these days. 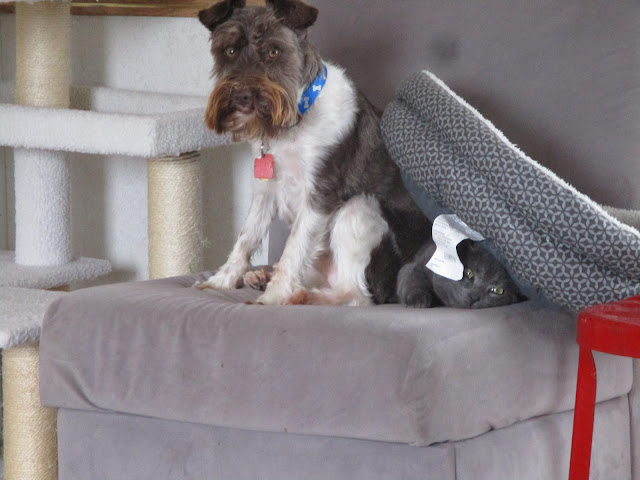 I'm just putting this picture here because it makes me smile.

And just in case you want to see what my mother was crying about...