If you have an hour to spare

I happened to go to PBS.org this morning and something caught my eye there:  an episode of American Experience (one of my favorite shows) telling about a huge famine in Russia in 1921.  You'll find the video HERE.  We've had so many depressions, recessions and wars around the world since 1921 that this isn't even thought of.
My mother was only a child when all this happened; that's how long ago it was.  Herbert Hoover, who has always gotten a bum rap as the person responsible for the Great Depression (as if any one person could have caused it), was in this case the great humanitarian.  Maybe he's the one who started all this business of America trying to fix the world, but after watching this program, I realize perhaps that isn't always a bad thing. 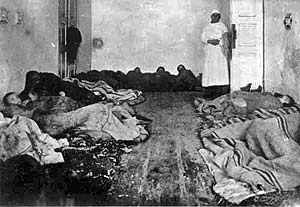 Orphanages were packed wall to wall.

Thousands of Russians were dying every week; people were digging up corpses and eating them.  Butcher shops were closed down for selling human flesh. 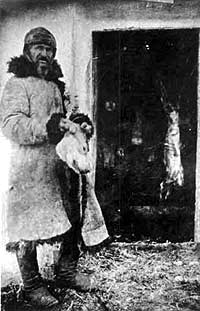 Dogs, cats, and horses were eaten.

The Americans who were sent to administer the programs set in place to distribute food got sick from typhus, caused by lice, and some died. 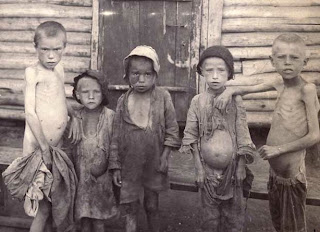 I wonder if it will come to this in America?  The way things are going, I wouldn't be surprised.
Anyway.  If you have almost an hour to watch it, it's a very interesting episode.
Posted by Donna. W at 6:40 AM