I'm sharing these mainly for relatives who read my blog. Click on any picture to make it bigger. 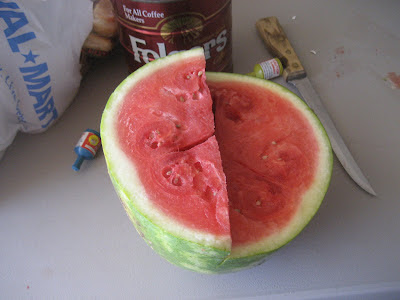 Nothing says "Independence Day" like watermelon and champaign poppers (not to mention a Wal-Mart bag). Granddaughter Monica hadn't seen her brother Jonathan in a while, as evidenced by the look of joy on her face as she runs to greet him. 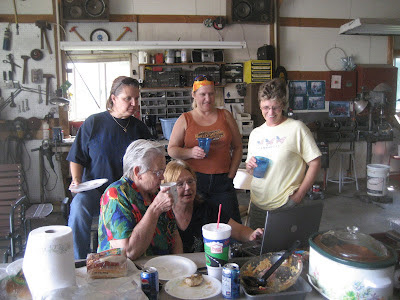 Cliff's cousin, Edna, as well as her daughters, came to join us on the Fourth, helping to make our day extra-special. 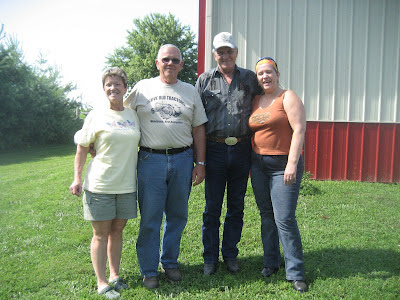 Cliff with his siblings; half-brother Phil didn't make it, so he's missing in the picture. 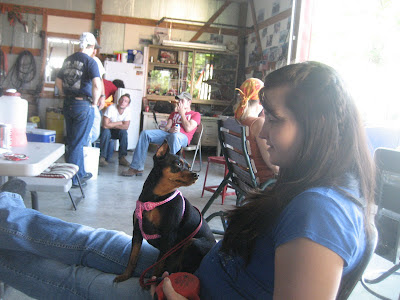 Granddaughter Amber with her dog, Sophie. I'm sure she will hate this picture, since I've never yet taken a shot of her that has her approval. 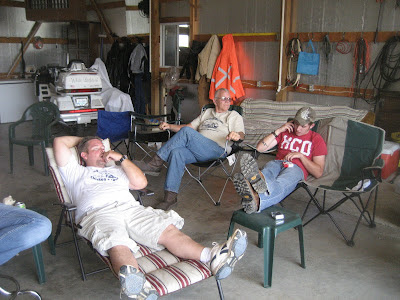 My son, my husband, and grandson Arick make this a three-generation picture. 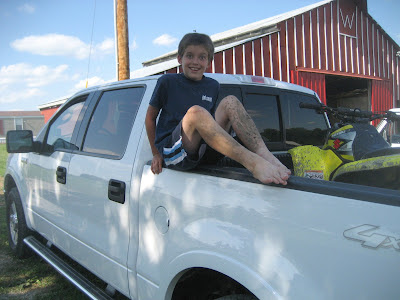 Nothing spells "fun" like a muddy kid and a muddy four-wheeler. That's Trevor, nephew Scotty's son. 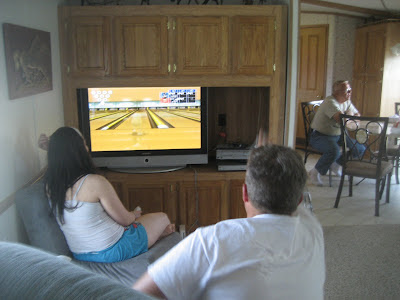 Granddaughter Amber and her dad did some competitive bowling with her Wii. 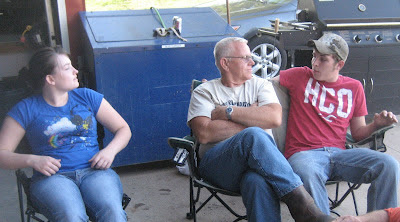 Amber listens in as her brother and grandfather have a conversation.
Posted by Donna. W at 5:50 AM

Email ThisBlogThis!Share to TwitterShare to FacebookShare to Pinterest
Labels: family, fourth of July