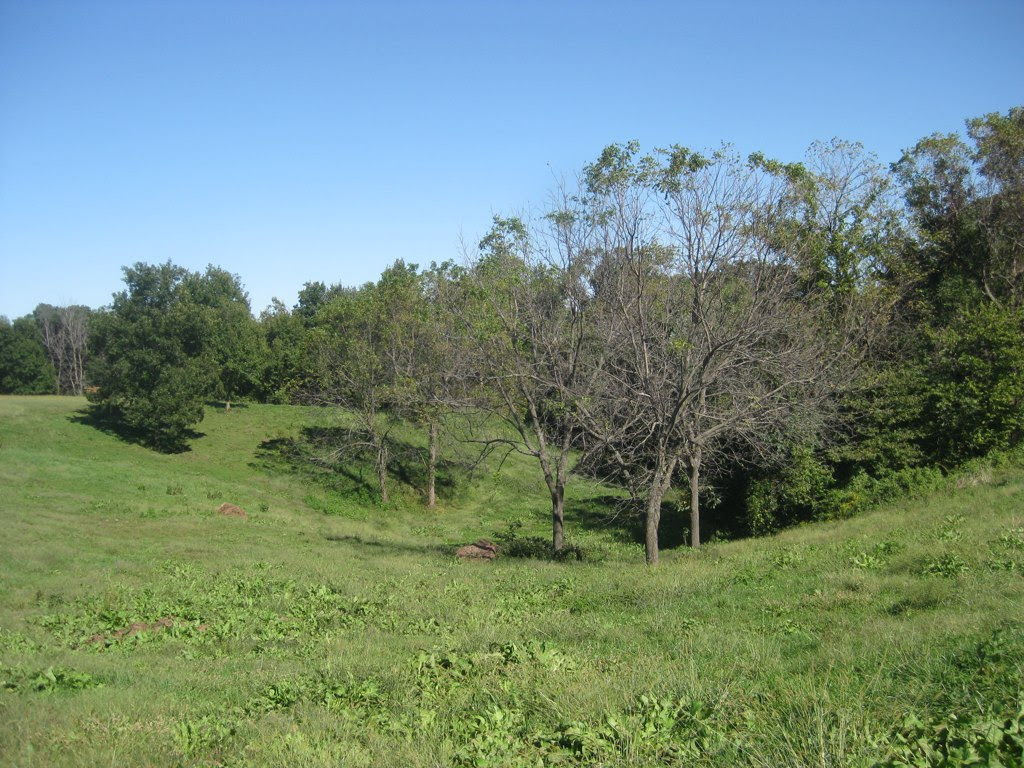 There are five black walnut trees down at the bottom of that hill, three on the right and two on the left.  Click on the picture to make it larger and you'll be able to see all five trees; they're the ones that have lost most of their leaves.  There used to be a small pond in this hollowed-out place.  If we had more clay soil instead of wind-blown sand, we would have had a large pond put in here, stocked with fish.  But alas. sand lets the water slowly leak out and we would have wasted a lot of money on a leaky pond.  It's a good place to gather walnuts, anyhow. 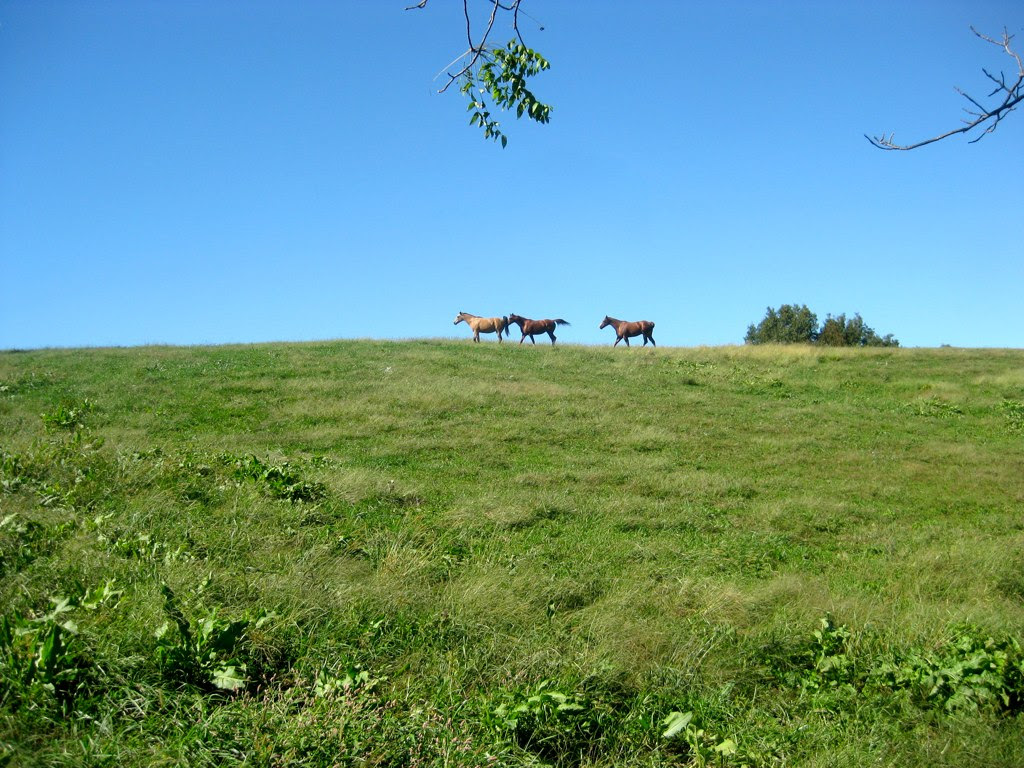 Of course, there's a big hill to ascend with a heavy sack full of walnuts.  But it's good exercise.  The horses were on their way to the barn lot; right after I took this shot they broke into a playful run. 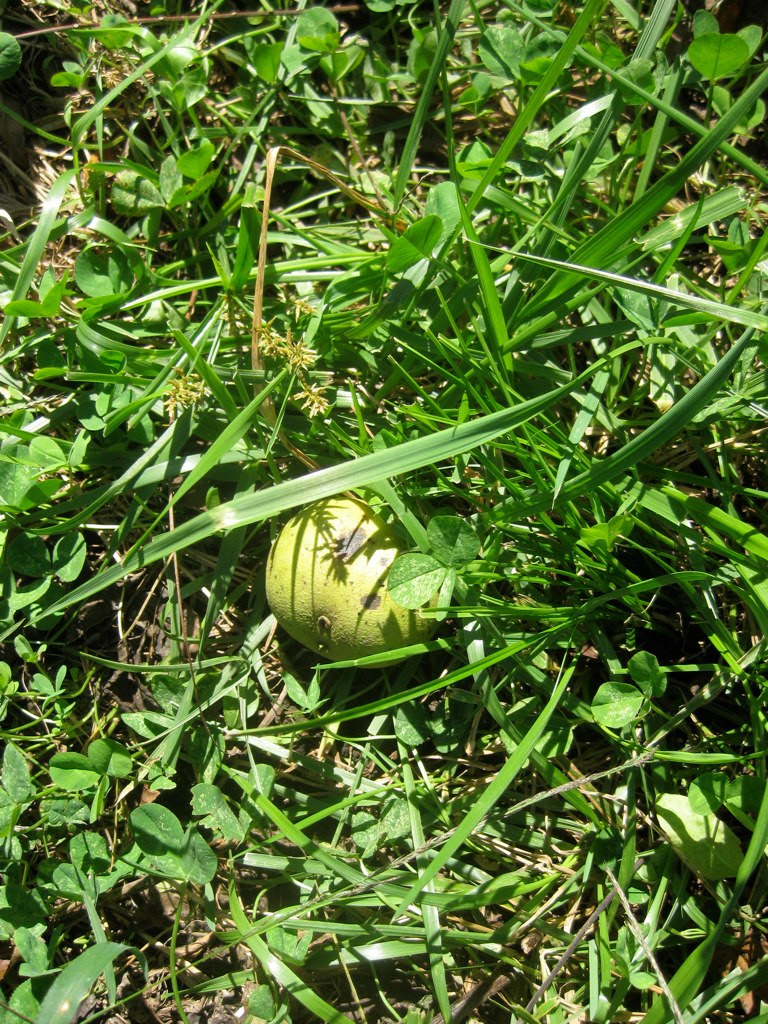 The walnuts hide in the tall grass, where I step on a lot of them before I see them.  That's all right, because I step on them to loosen the hulls when I get them to the house, anyhow.  Cliff normally doesn't let the pasture grass get this tall, but we had a huge fuel bill a couple of months ago, on top of expenses from a trip to Arkansas during which we charged motel and gasoline expenses... followed by the purchase of an alternator for the Gold Wing.  I do not take kindly to $700 credit card bills, and Cliff is a little afraid to start up a tractor right now for fear he'll send me into some sort of conniption fit.  Those big tractors don't operate for free.  We have this huge yard to mow, and Cliff uses the John Deere for a large part of that job; we buy fuel for Cliff's sister's yard, as well as ours.  Although yard expenses are a drop in the bucket compared to what that big 1855 Oliver costs to operate when Cliff is plowing. 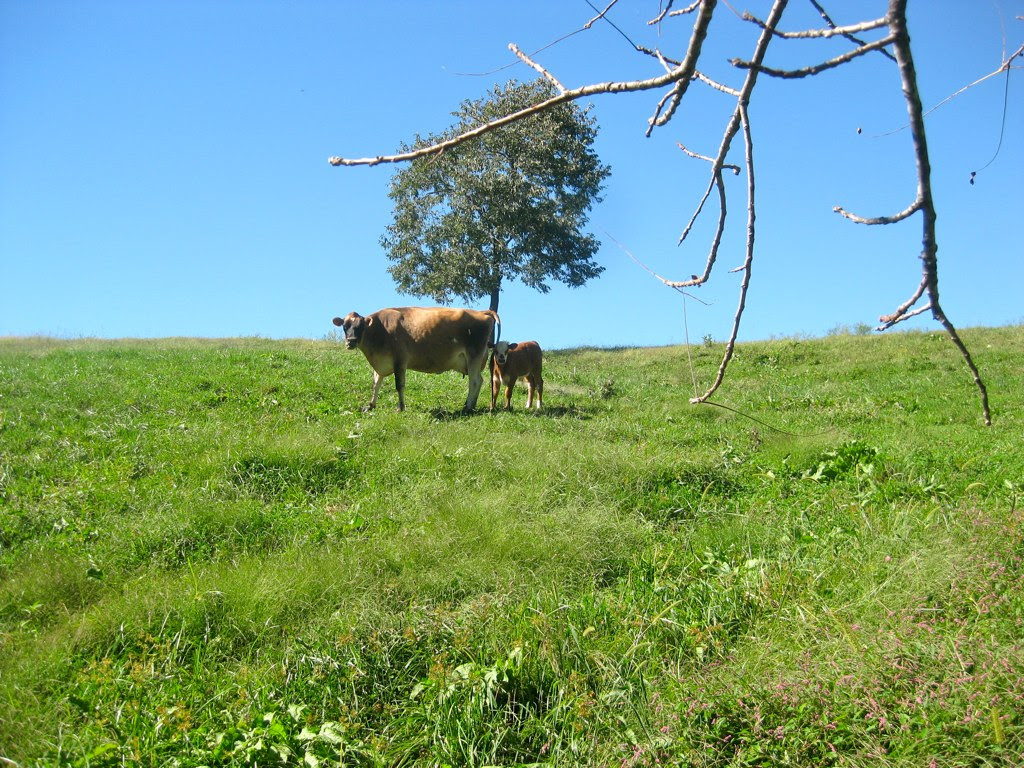 Bonnie and Clyde passed by, curious as to what I was doing.  Those two stick together like glue.
I hauled another half-bushel of black walnuts back to the house, thinking about how good they'll taste in Christmas goodies this winter.  I think Mother used black walnuts exclusively when she made Christmas candy.  Brown sugar fudge with black walnuts:  my favorite.

Email ThisBlogThis!Share to TwitterShare to FacebookShare to Pinterest
Labels: walnuts