At some point before my mother's death, she gave me what she called a billfold, but it seems to me more like a coin purse, that her father carried with him until he died.  Then his wife, my Grandma Stevens, carried it in her purse until she died.  Mother carried on that tradition and kept it in her purse, but gave it to me quite a while before she died.  Now I carry it in my purse, although the billfold/coin purse isn't capable of holding anything now. 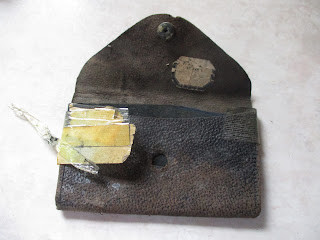 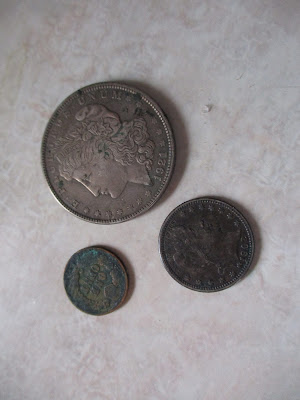 These are the three coins that belonged to my grandfather.  The smallest one is a penny, and I can't tell what the date is. 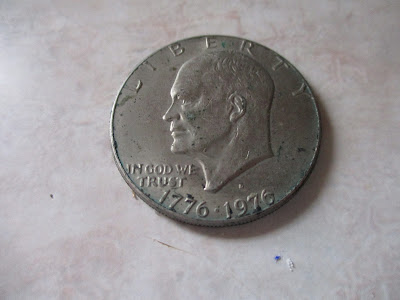 Above is a silver dollar my mother added to the collection.  Actually, she had three of them, identical, and gave them to me.  Last summer when our son was visiting, I got all these coins out to show off.  I gave one silver dollar to him and one to Rachel, our daughter.  Months after that, I happened to recall that Mother got three of them for that very purpose, although at the time my kids were seven and nine years old.  I remember thinking, "What would my little kids want with a silver dollar?"
And that's your story for today.  It's just one more way I honor my ancestors.  These coins are always with me... until I die.  My kids aren't collectors of old things, so I imagine this will be the end of the story.
Posted by Donna. W at 4:02 PM