There's something about a small town: a short story with pictures

The town of Wellington, Missouri, isn't very large.  I wrote a song about the town years ago with a line that said, "Seven-hundred and eighty people, every one my friend" (the truth is, most of them don't know me).

I don't think the population has grown much since then.  In that time, we've lost the bank, a small grocery store, a soda fountain, and a mini-mart that also served as a gas station.

I am not a player in the story I'm going to tell, since I don't live in the city limits.  I do follow the town's Facebook page; usually the posts I see there are about a dog that's lost, a dog running loose, or a package that UPS brought to the wrong house.  I'm not making fun of this, because those posts get dogs and packages to their rightful owners.  The Wellington page also alerts people to local events like our yearly fair.  Anyone who wants to know the score of our football team's last game has only to ask, and someone will answer.

Wellington sends a billing to the residents each month that covers water, sewers, and trash disposal.  Recently the company that owned the trash removal business sold out to a new owner, and thus begins my story.

First thing amiss that I noticed was people asking if the new company owners were still picking up the trash on Thursday, because by late Thursday evening, nobody had shown up.  The Wellington Community Page exploded with questions about why their trash wasn't being taken.  The first lady of the town (the mayor's wife) told them she'd see what was going on.

I believe she gave them the word that the trash folks would be there the next Thursday.  Unfortunately, the truck was in an accident on the way there that morning.  The town was beginning to stink, but they had no choice but to wait another week.

Many complaints were put on the community board when the new guys still didn't show up that Thursday.  Someone said part of the problem was they couldn't get enough people to work for them.  Of course, one of their helpers was injured in the crash the previous week, so that may have played into it.  The First Lady posted this. 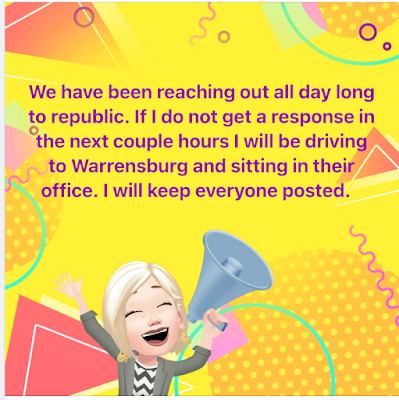 Finally that evening, amid continuing complaints, I saw the following post: 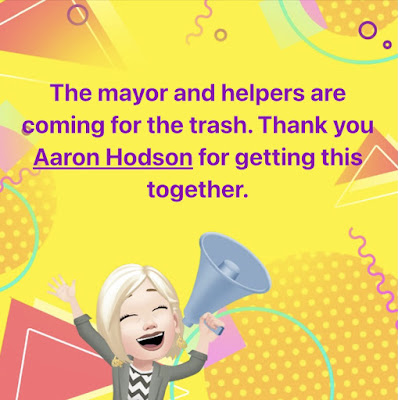 Yes, the mayor and two aldermen were going to pick up trash.  I imagine the First Lady drove the truck. 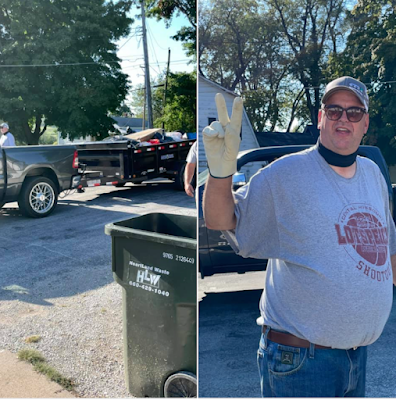 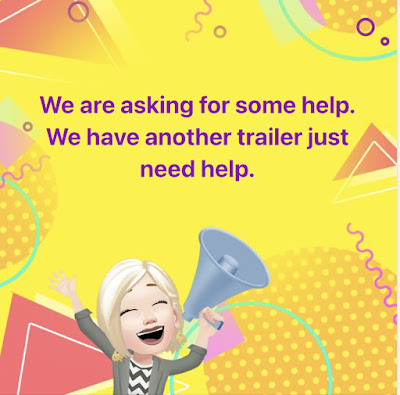 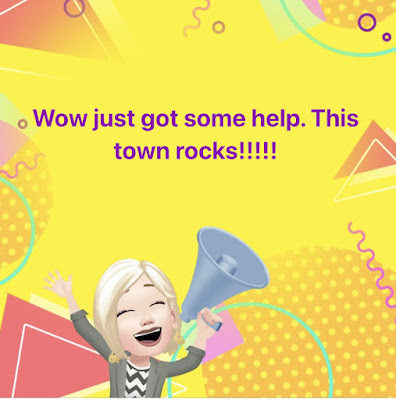 That's how a small town works.  In another line from the song I wrote many years ago, I wrote this:  "We've got all the good and all the bad that any small town ever had..."
I think the good outweighs the bad, don't you?  Don't ask what your town can do for you; ask what you can do for your town!
Posted by Donna. W at 10:56 AM