A walk in the snow

I hadn't gone for a walk for at least three days until this afternoon.  With the snow we got yesterday, plus a little more today, we have stayed in the house.  Oh, I've been outside to feed the cats, walk Gabe, and shovel off the sidewalk and porches.  Cliff hasn't found it necessary to step outside since yesterday morning, and that was just to take me to church, a trip I cancelled on the way there.

I've really been catching up on my reading.  I finished the book Cliff insisted I read: "This is Going to Hurt" by Adam Kay; he's a British fellow who spent years becoming a doctor only to walk away from it after the grueling processes he went through with little sleep and very low pay.  There are a lot of laughs in his story, but it's also sad at times; it makes me wonder if it's ever safe to put yourself in a doctor's care.

I've finally gotten back to reading "Tears in the Darkness" by Michael Norman; it's the book about the Bataan death march that I started reading perhaps six months ago, during the period when I couldn't get myself to settle down and read anything.  I'd return it so the people waiting for it could have their chance, while putting another hold on it so I could finish it later.  It would show up again on the iPad, I'd return it and place a hold again.  That's what I was doing with every book I started until I weaned myself off Facebook.  I'm zipping right through the books now, with John Grisham's latest, "The Reckoning", waiting in the wings.  We didn't care for his previous book, "The Rooster Bar", but this one sounds like something I'll enjoy.

I did go for a short walk this afternoon; I knew I wouldn't be able to do the whole course I normally walk, what with four or five inches of snow on the ground, plus the fact I was wearing Muck boots.  But it was good to get out in the fresh air for awhile.  I didn't take Gabe; he just went to the groomer last week and his hair is so short I was afraid it wouldn't be good for him.  I bought him a coat... yes, I've turned into THAT kind of dog owner... but he hates it.  I wish I'd gotten a sweater instead, because I think it would have been warmer, as well as more comfortable for him.  But for now, the coat will have to do.  Amazon has been getting too much of our money lately, and I intend to fix that. 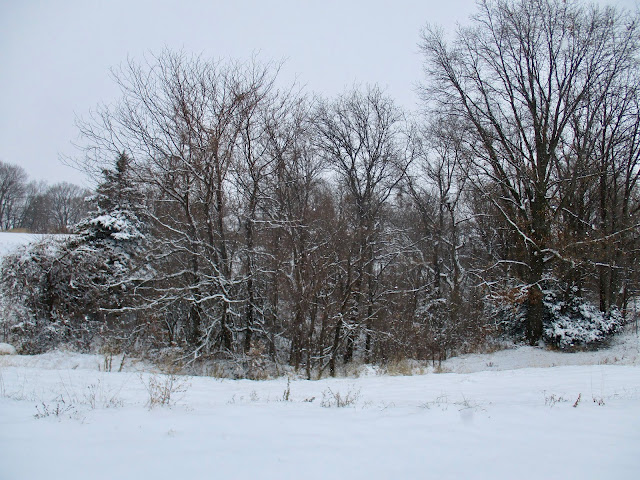 I guess that's it for the day, since there's nothing going on around here except reading, eating, and sleeping.  Oh, and here's a thought: 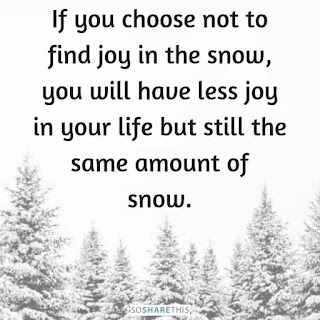 P.S.  Cliff spent some time outside while I was composing this entry, and lived to tell about it.