A story from my husband's childhood

I just today learned that I have free access to newspapers.com through my library's website.  I typed Cliff's dad's name in a search and found a story in the old Kansas City Times that Cliff has related to me many times over the years; it's right here in print, from January 3, 1957.  Cliff said he was in school when it happened; they told him over the Intercom his house had burned, and that he was supposed to go to a neighbor's house when he got off the bus.  He would have been twelve years old.

Cliff says it turned out pretty good for him and his siblings, because they received the only bicycles of their young lives after that fire, donated by kind people.  He had two banty chickens in an outbuilding that ended up starving to death because they were not there to feed and water them; he recalls being very sad about that.

His little sister, Ina, is mentioned in the article; she died later the same year.  (That's wrong; I misread her age as 3 years, but it was 3 weeks.) 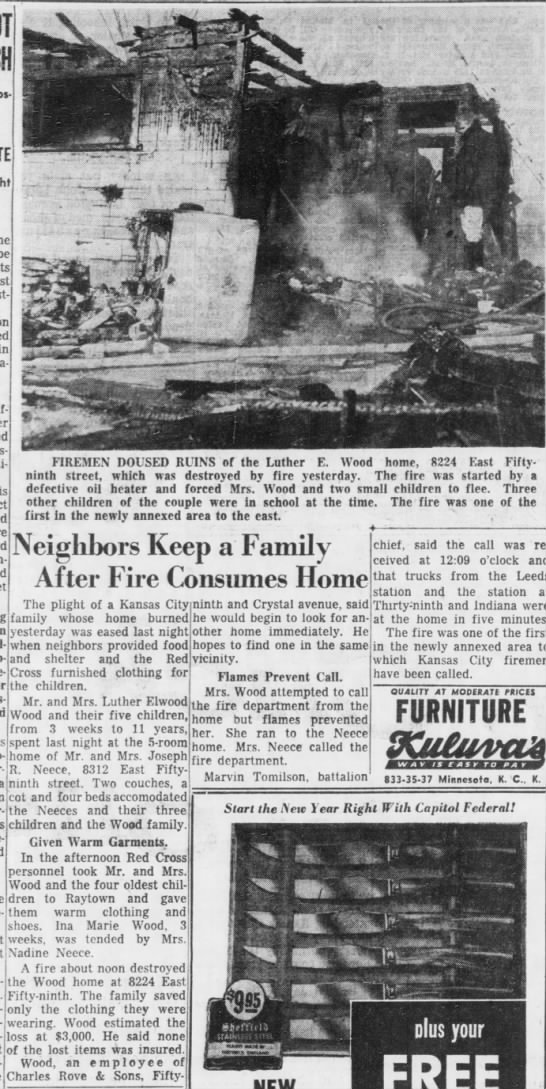