I am seldom busy

I am in the time of life when I'm seldom busy... unless I'm doing something I love to do, like gardening.  I can procrastinate, or even refuse to do the housework most folks considerate necessary.  For the most part, I only do what  I want to do.

But last week seemed like a marathon to me.

Cliff had two appointments with his ear doctor to get him on the way to having a cochlear implant; he has other appointments coming up, including an MRI in a couple of weeks.  I had an appointment to get my Medicare annual checkup, and another to get a haircut.  Not to mention I had to get ready to stand in for the Methodist church pastor Sunday, then run to a family reunion as soon as I was done with that.  That church service is from 9 to 10 AM, so we had plenty of time to get to the reunion.  Of course I had to get a couple things cooked to take in my slow cookers, so that was a bit of a rodeo... but I am always an early riser.

What's this you say?  You had to stand in for a preacher?  Ah, therein lies a tale.  I won't be getting a preacher's license any time soon, trust me.

Two weeks ago, Jeremey was preaching a sermon that used Jacob and Esau as an illustration.  I love the people in the book of Genesis because they have all have the same sort of faults we still have today; the only guy in Genesis that seemed to do everything right was Joseph, but then he did seem to be overly proud of his coat of many colors.  Anyway.  He got to the part of the story about how the twin brothers were so different.  Esau was hairy, Jacob wasn't.  Esau liked to hunt in the big outdoors; Jacob stayed in the house and cooked.  When Jeremey got to the part about Jacob staying in the house, he paused a bit and something came over me, because I blurted out, in my outside voice, "...Yeah, with his momma."

It's a small congregation, so I didn't feel too out of place for helping him with the story.  He just exclaimed, "Yes!  He was a mama's boy!"

When I got home and told Cliff about it, I said, "I hope he won't ask me to preach next week, after my outburst."   Joking, of course.

The next week I walked into the church and took my usual seat in front of my friend Patty.  Jeremey was visiting with some folks, but excused himself and came and sat down beside me, looking at me with a cheshire cat smile like this: 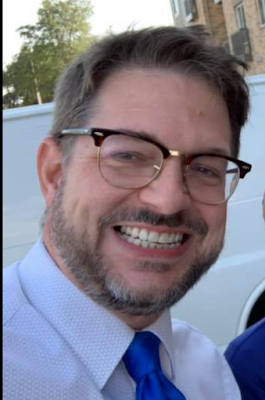 He said, "I have a question for  you."  Thinking of the conversation I had with Cliff at home, I jokingly said, "You aren't going to ask me to preach, are you?"

Imagine my surprise when he said, "Yes, would you?"

The man pastors two congregations, and the larger church, at Odessa, needed his help for a project during their city's three-day annual fair.  He had called everyone he could think of who could stand in for him, and they weren't available.  He said, "Even if you just sang three or four of your songs, that would be all right."  He sounded desperate.

"Well," I said, "I could probably do that and maybe tell how I came to write some of my songs and read one or two of my poems."  (As I said, the congregation is really small, and I'm not afraid of making a fool of myself in front of those nice people.)

That made him happy, and he thanked me profusely.  Then I remembered the reunion, and said, "Wait!  I have a family reunion next week!"

What could he say, except to tell me he understood.  But then I realized that church service is always over by 10 A.M., and we only had a little over an hour's drive to the state park where we hold the reunion.  And I knew with my little program, we'd be done well before 10.

I hadn't practiced much; my guitar strings need changing, and my throat was a little raw because I have to yell at Cliff so much to be heard.  I messed up singing three different times, but it didn't make me a bit nervous; they are my people!  They liked the stories of how certain songs came about, and one lady said she liked my honesty.  A fellow about my age carried my guitar out to the car where Cliff was waiting for me and said, "You and I have a lot of things in common."  No, he wasn't hitting on me.  His lovely wife was there!

I'd do it again, as long as it isn't more than once a year.