The Kinzenbaw tractor collection: The grand finale of our Iowa trip

Last year in November, Cliff and I went to Iowa with our tractor club and, among other things, toured the Kinze Manufacturing plant.  You can see my entry about that HERE.  While we were there, all the club members signed up to see Jon Kinzenbaw's private tractor collection at some time in the future; there's up to a three-year waiting list for that tour, since he only shows his tractors twice a year.  However, the mother of the the little girl we watch knows some of his family members and pulled some strings to get us there sooner.  Several weeks ago, I got a phone call from Jon's secretary, who added us to the spring tour and emailed me the information we needed.

Since we were in group two, we would see the tractors first, and then came the plant tour, which we had already done in November.  Cliff opted to head for home once we had seen the tractors. 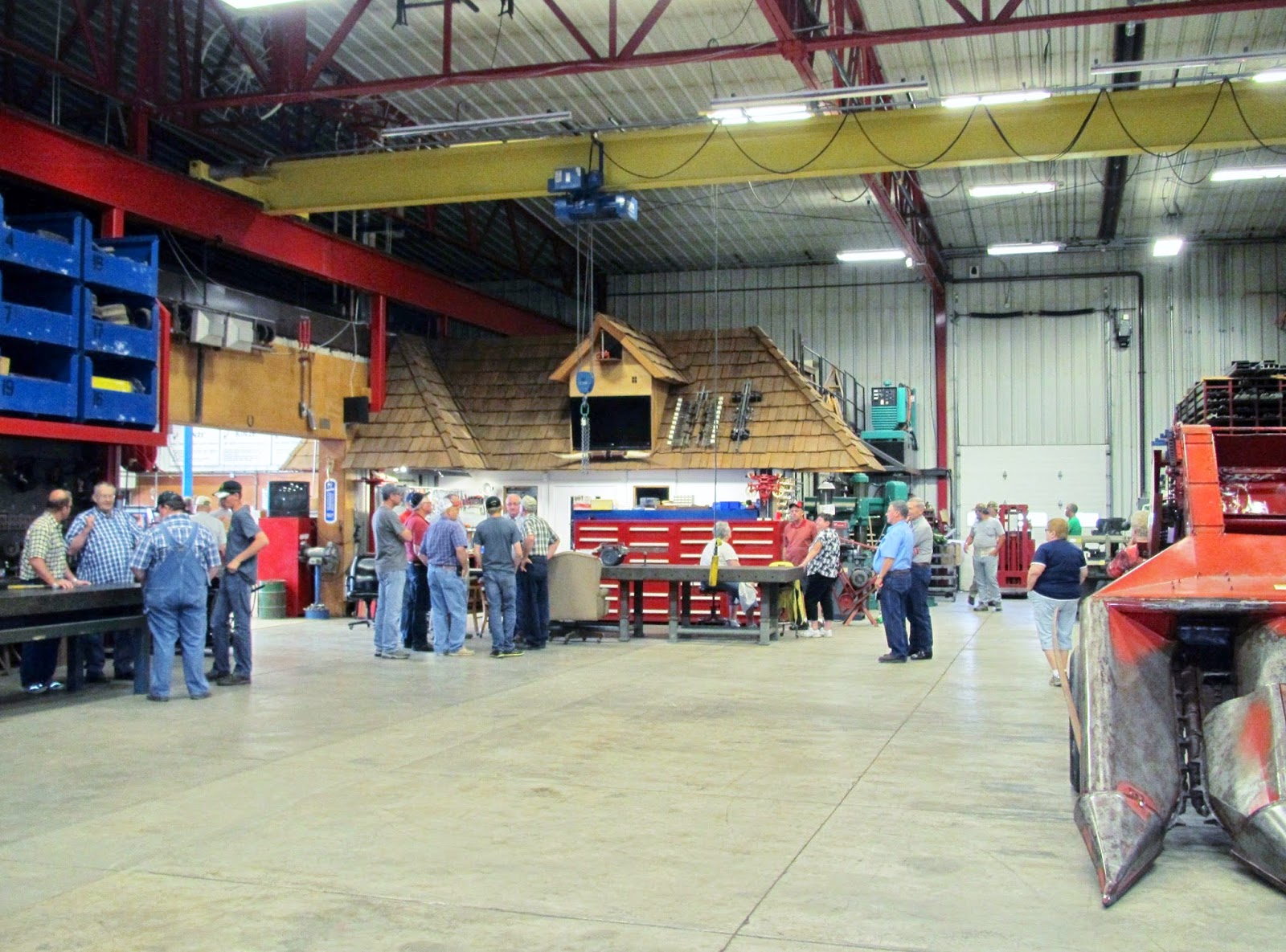 We entered Jon's farm through open gates and went straight to his shop, where others were milling around; two guys who help him with restoration and upkeep of the tractors were there to answer questions. 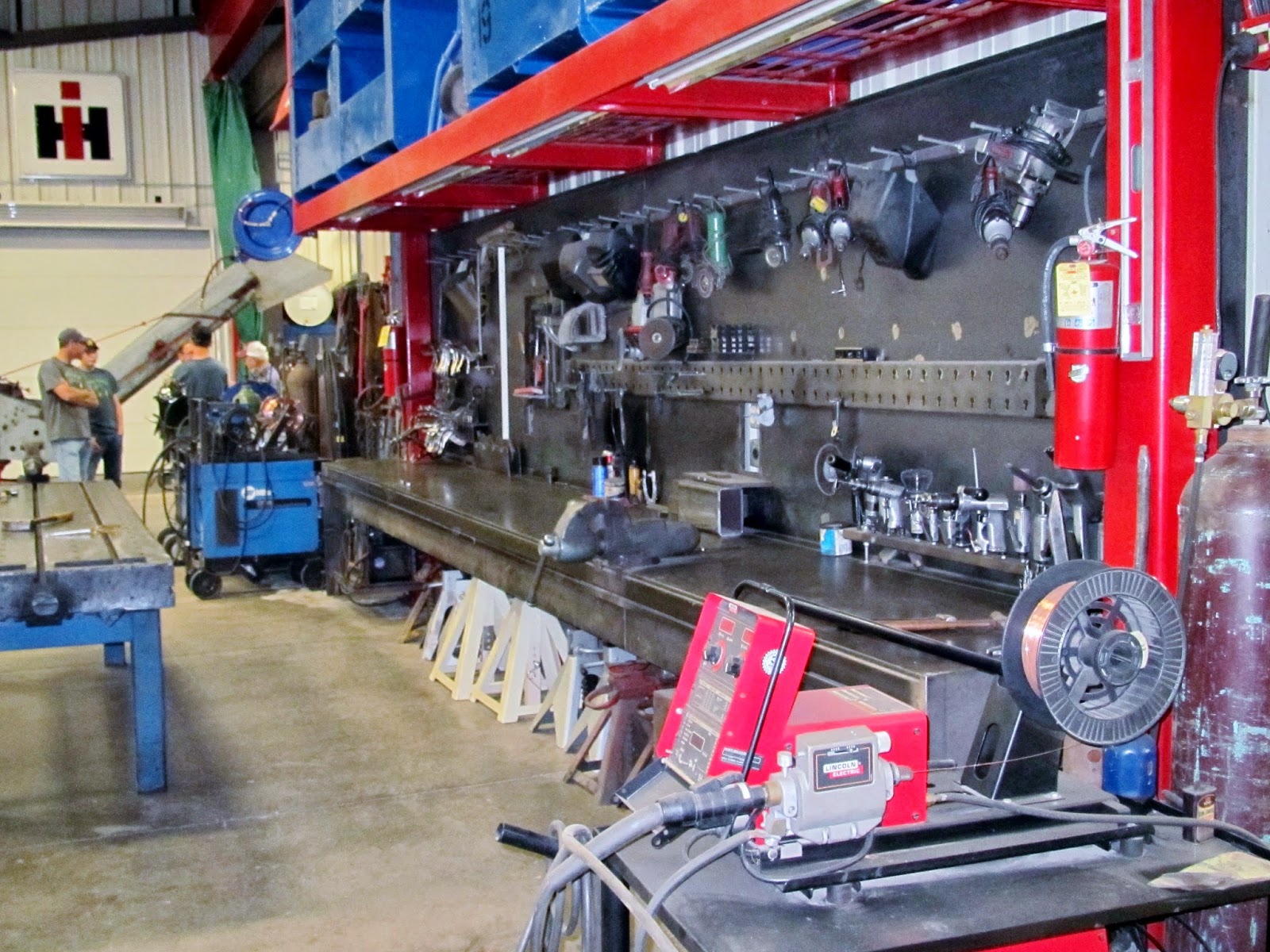 Cliff enjoys seeing anybody's shop, but this one was especially interesting to him. 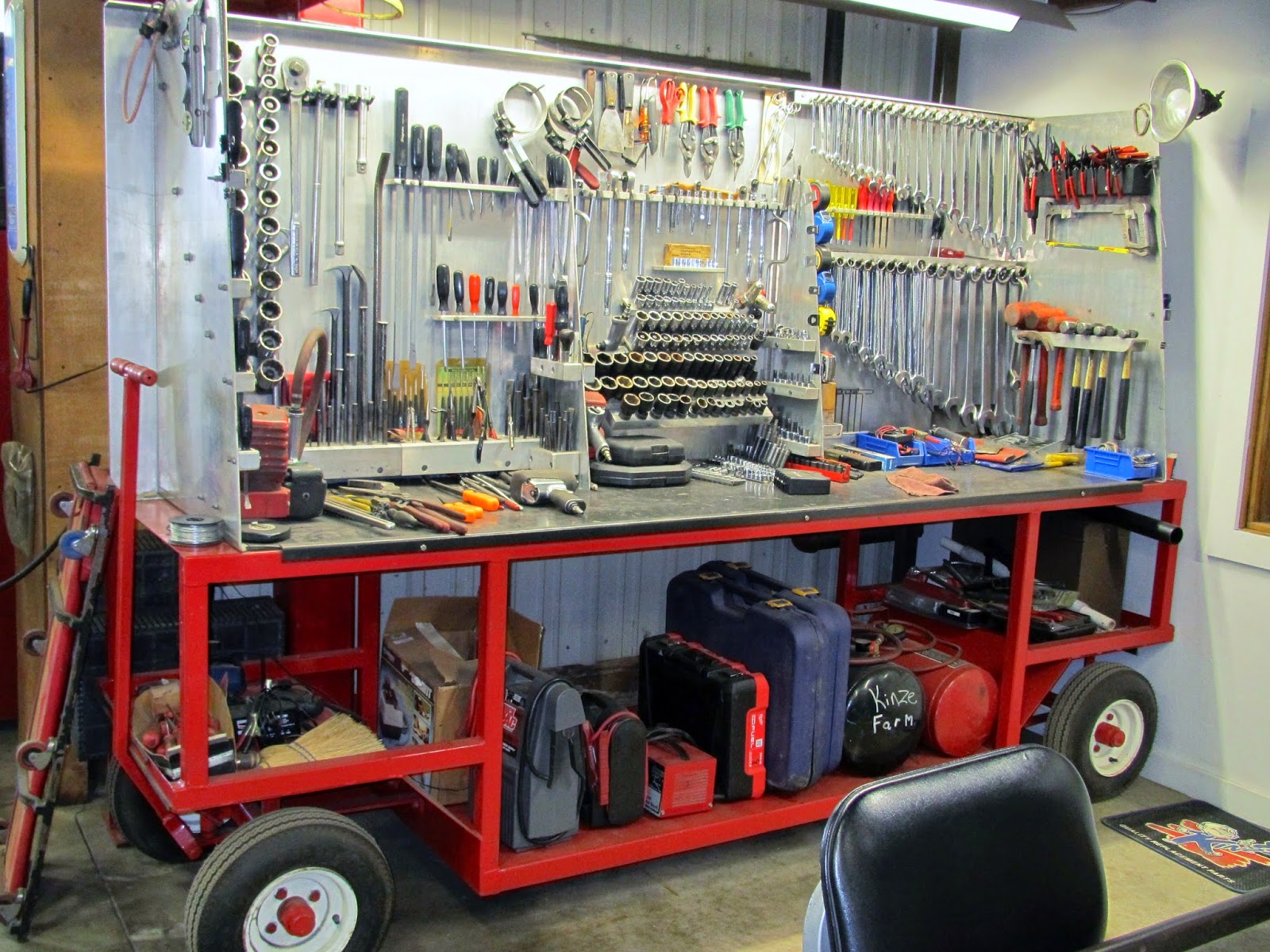 Cliff liked the idea of having all the basic tools on wheels, so a person could take them to the tractor he's working on.  He asked one of the two employees where Jon paints his tractors.  Turns out he hauls them to the Kinze plant to get them painted. 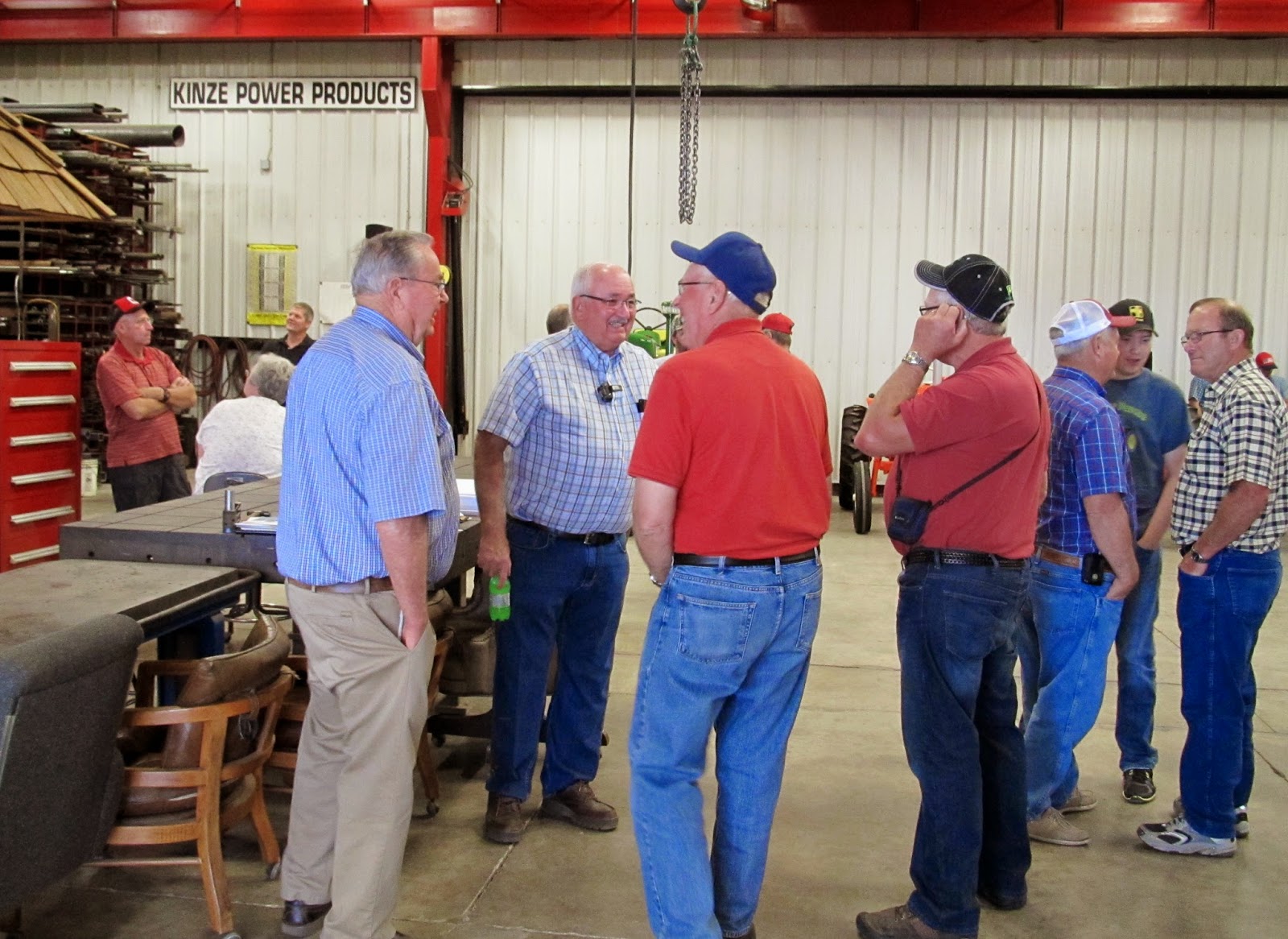 We knew our tour would soon begin when Jon Kinzenbaw arrived. 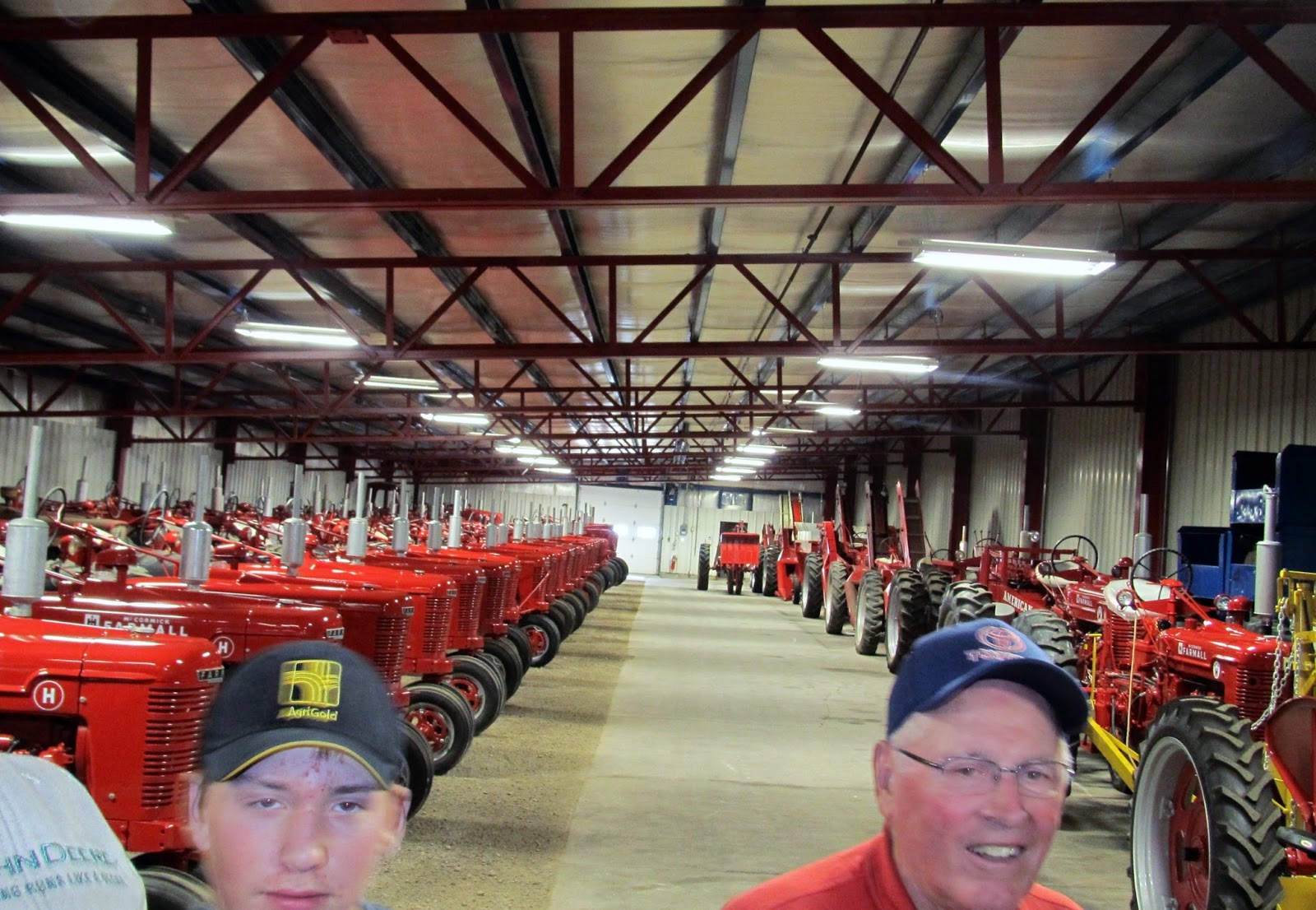 He had the most Farmall H tractors I've ever seen in one place.  "H" and "M" tractors are three deep on the left.  It was very difficult to take pictures.  There were always several people in the way, and the lighting wasn't the best for photos. 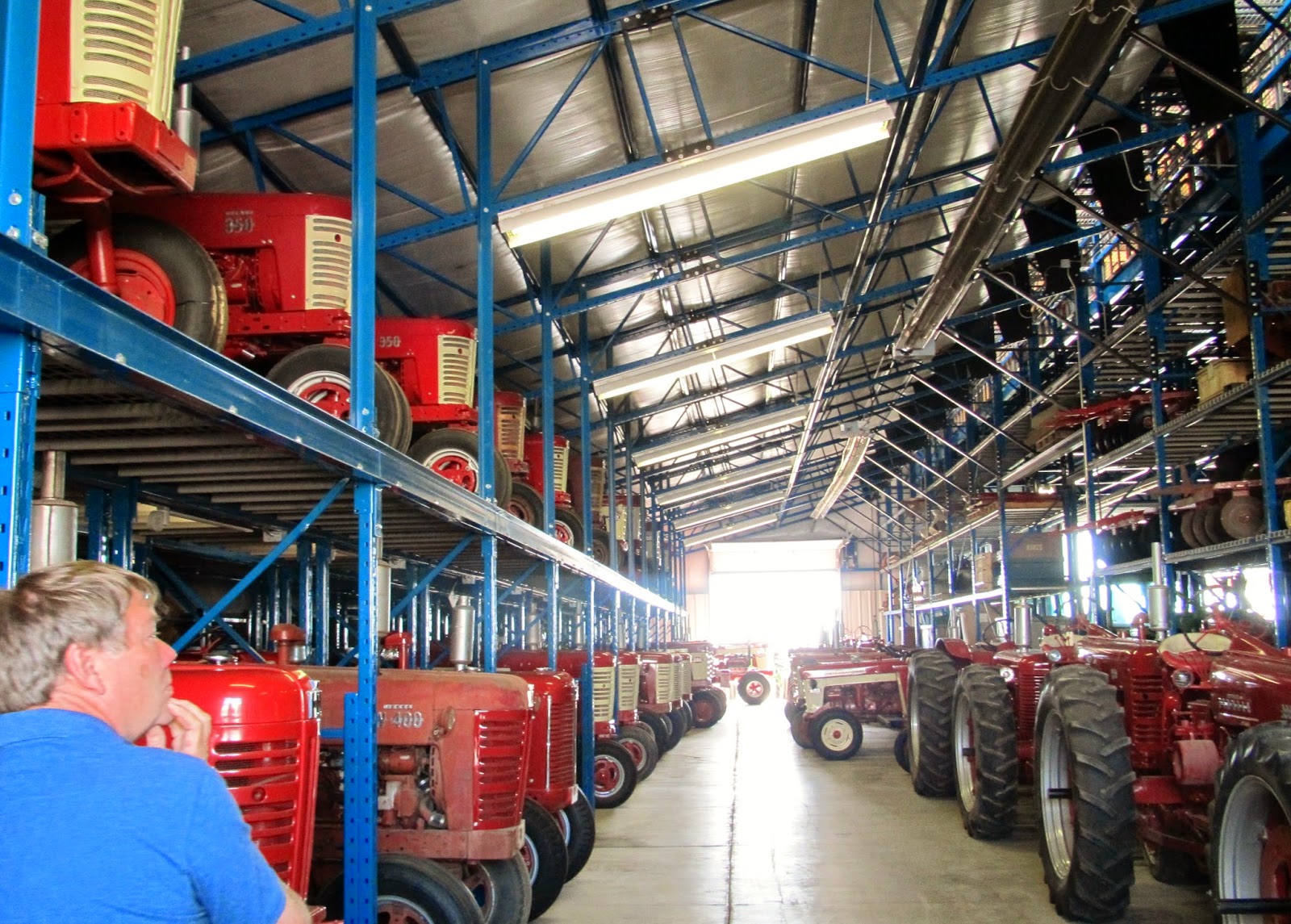 Tractors were stacked two and three high in some of the sheds.  Jon said they try to start all of them at least once a year. 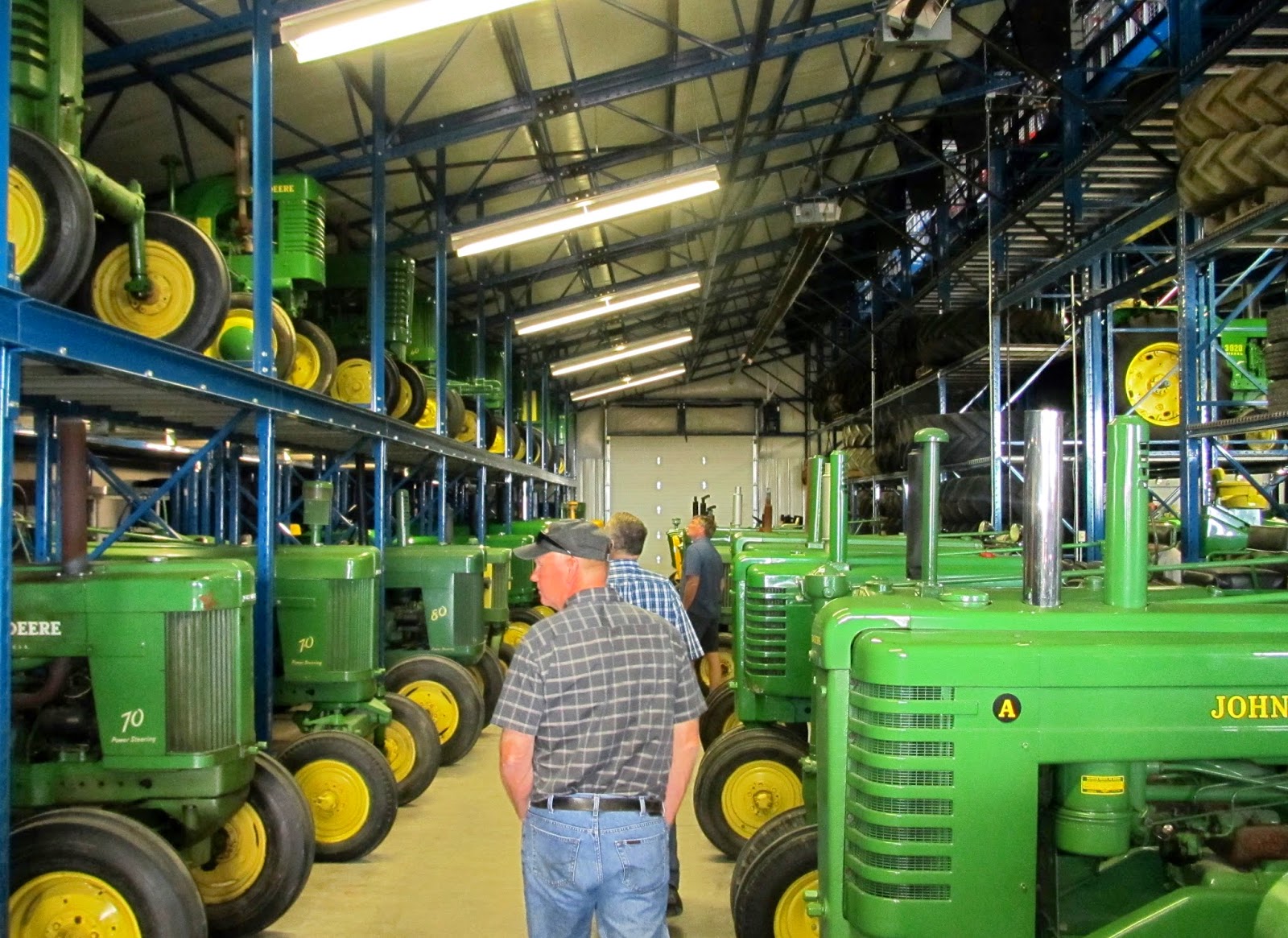 The man isn't prejudiced:  He likes tractors in all colors. 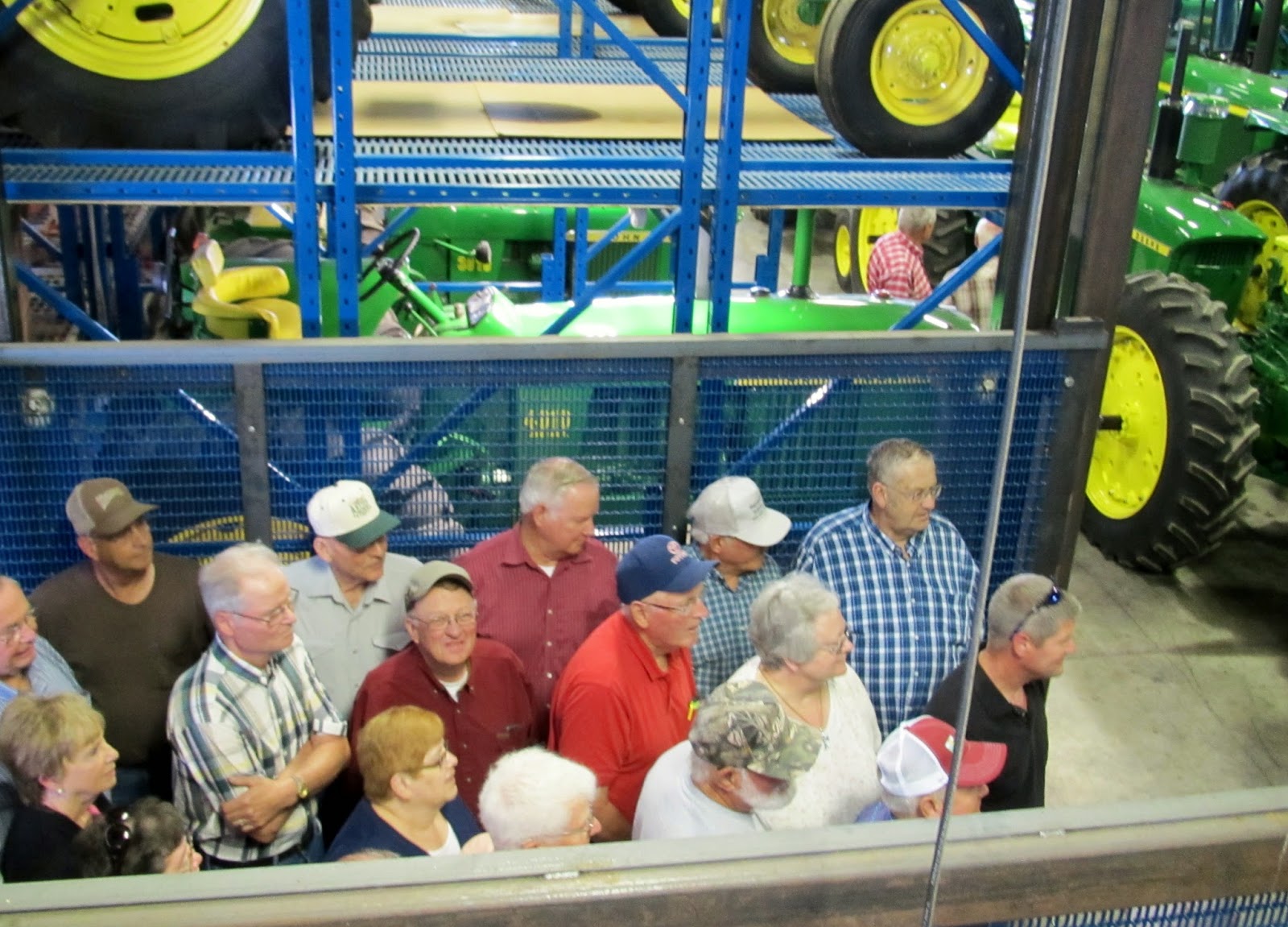 Some people rode an elevator up to the second floor of this shed.  I took the steps. 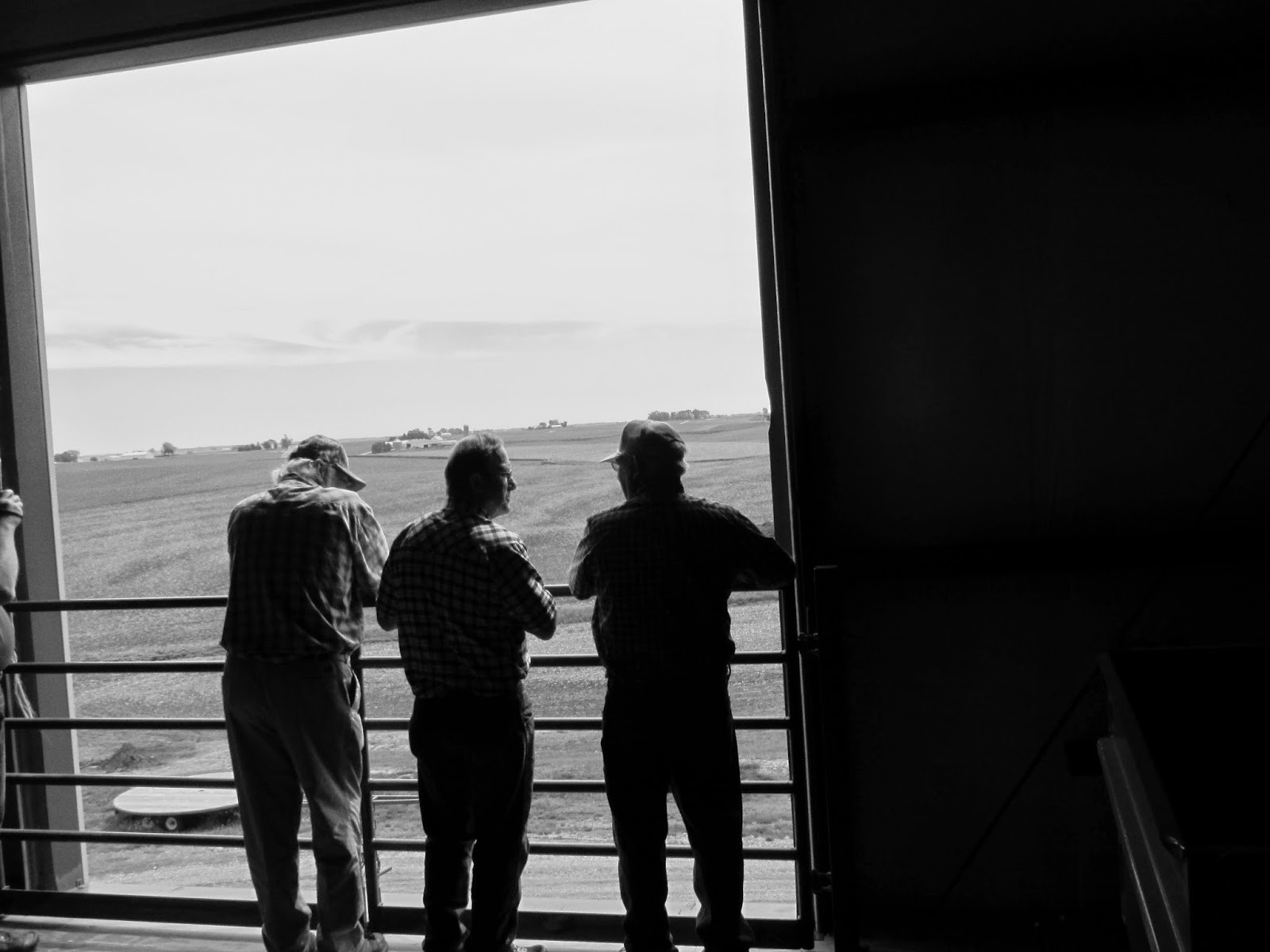 Looking across the field from the second story of the shed. 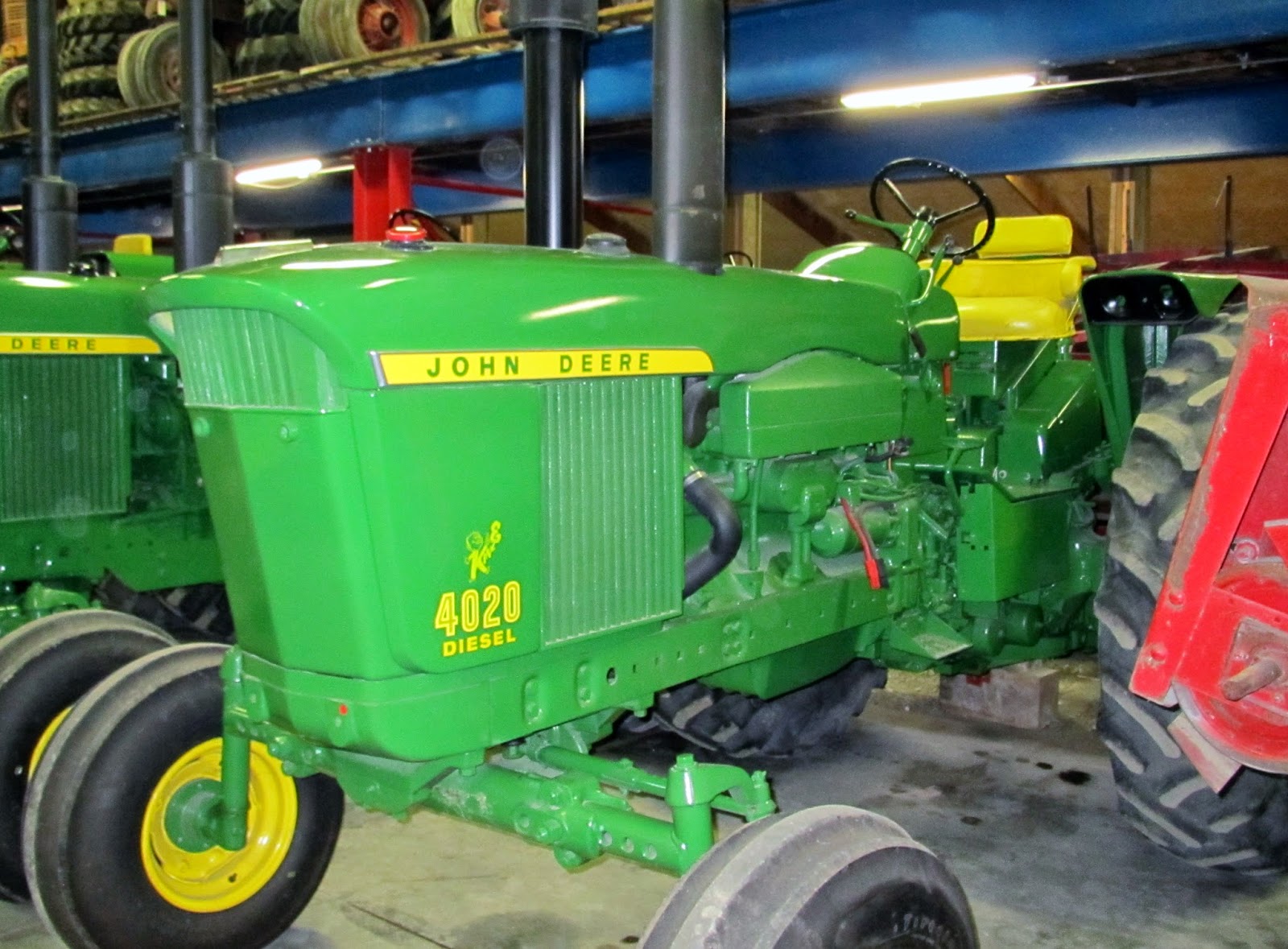 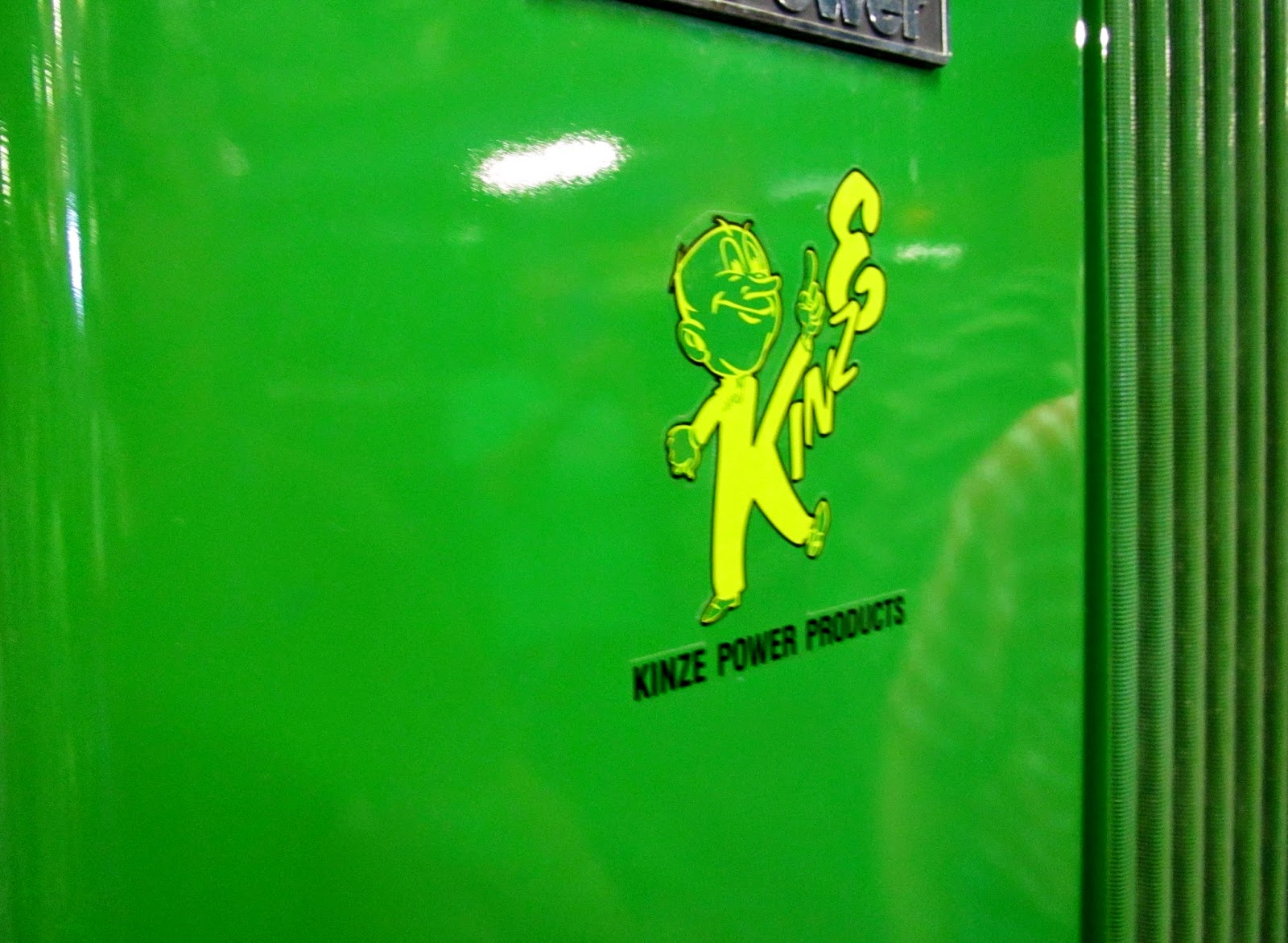 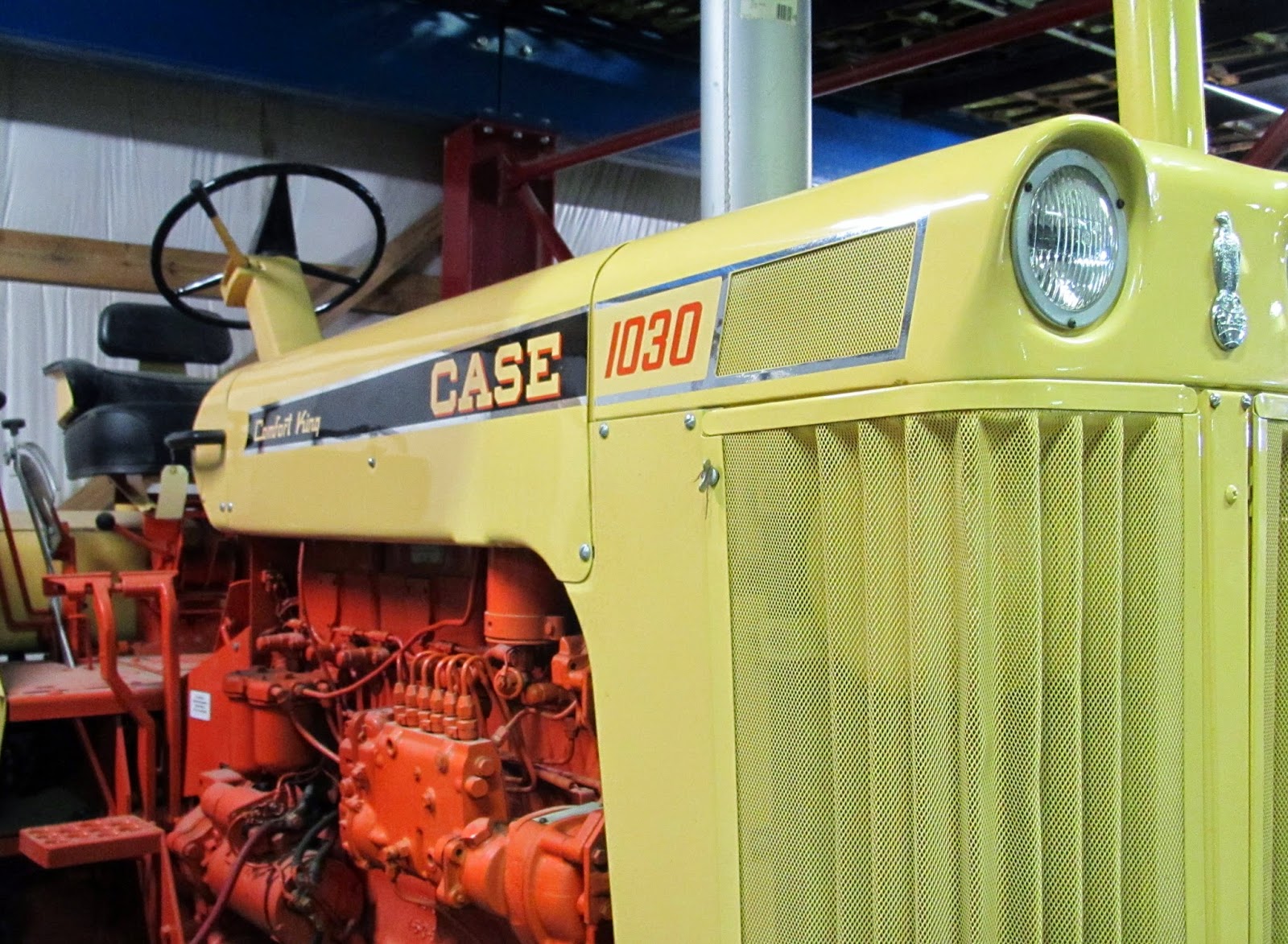 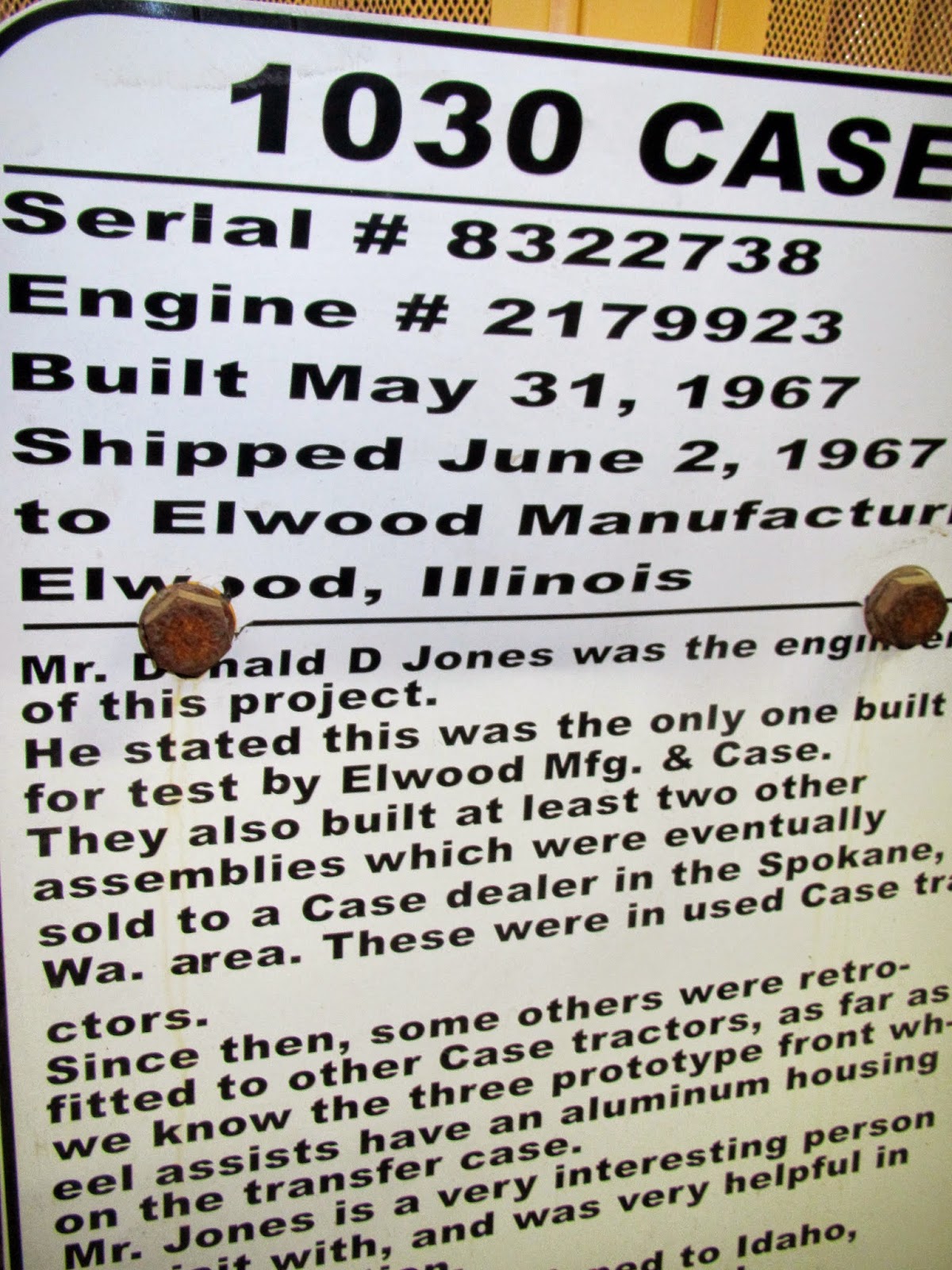 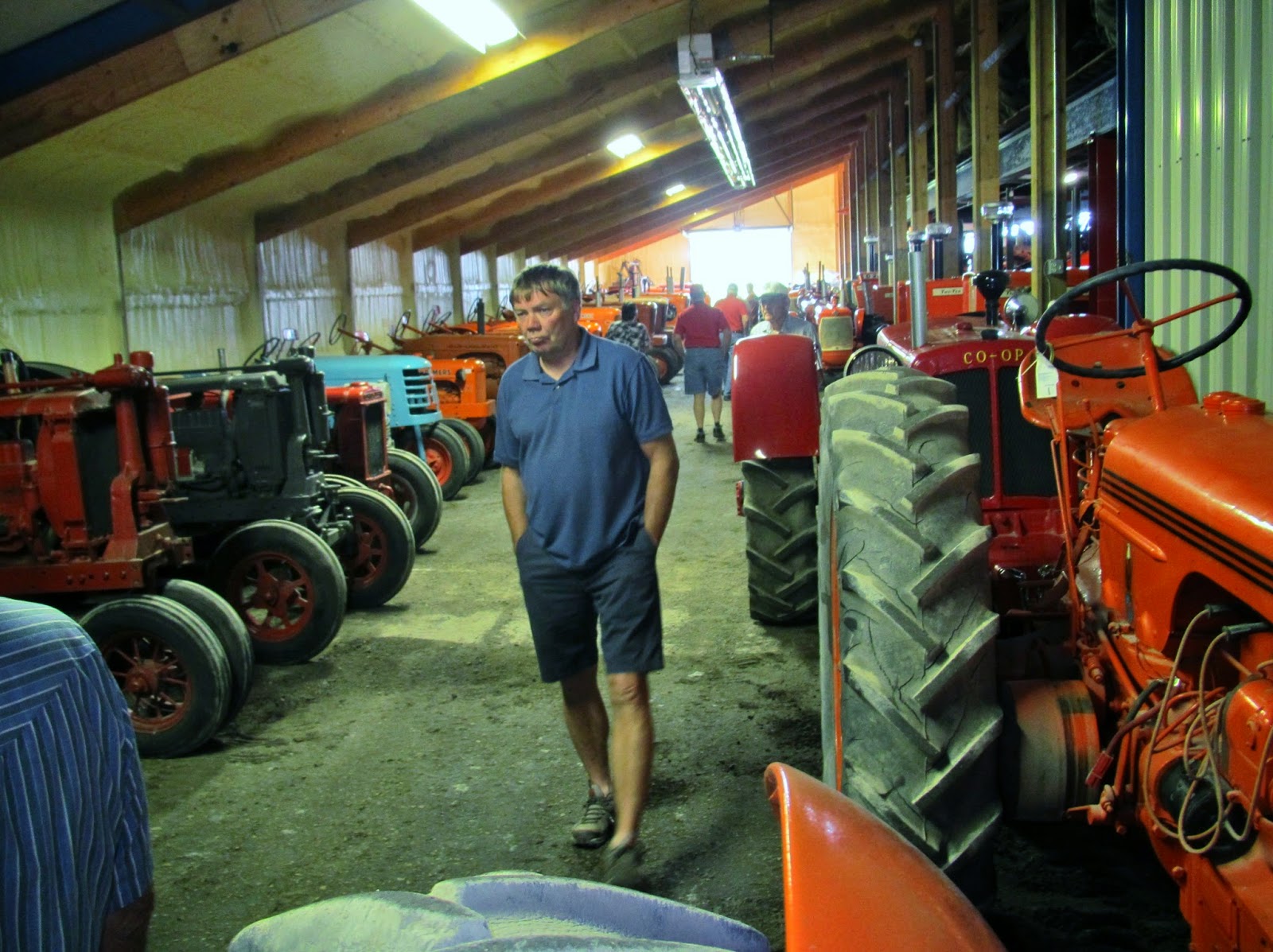 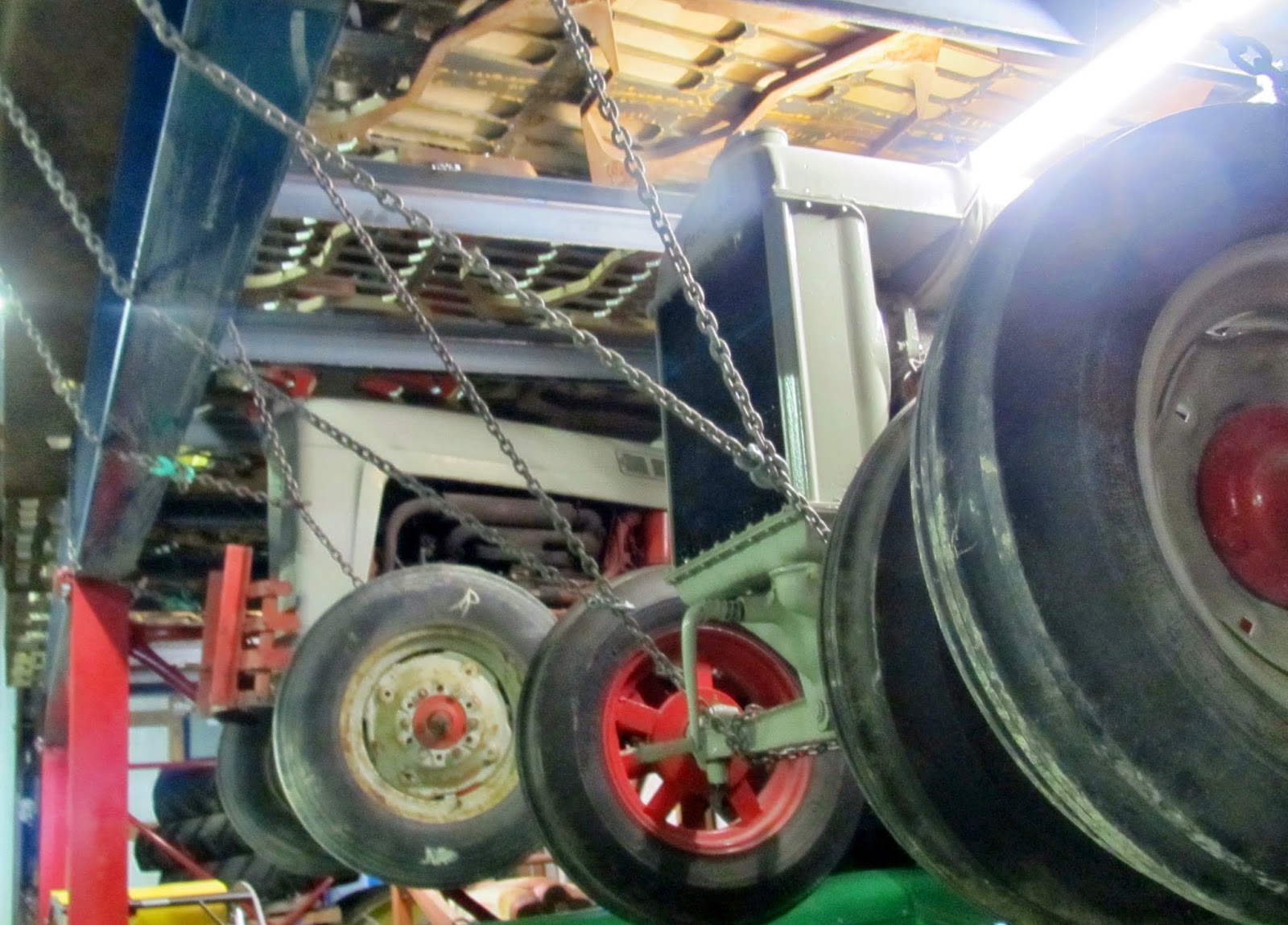 These tractors were suspended by chains.

I may do more blogging about this tour.  Right now, I'm really tired of sitting here waiting for pictures to load.
Posted by Donna. W at 3:05 PM

I have never seen so many tractors in my life. fascinating.

Just call the Kinze plant. They'll get you set up.